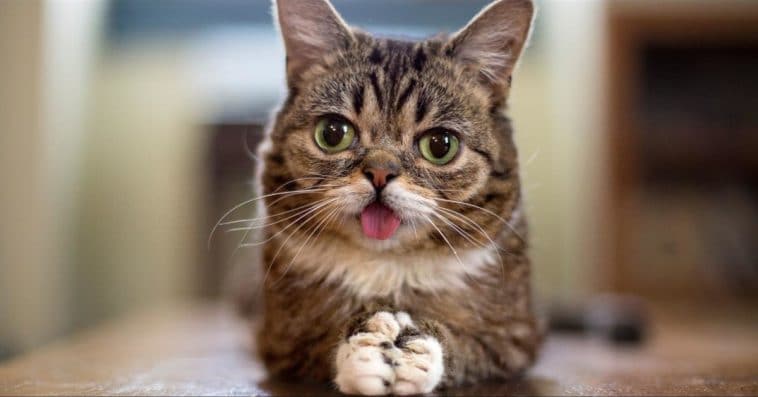 Lil Bub, the cat who became an Internet sensation for her unique physical appearance, has died. She was 8.

Bub’s death was announced by her owner Mike Bridavsky on her Instagram. “On the morning of Sunday, December 1st 2019 we lost the purest, kindest and most magical living force on our planet. Bub was cheerful and full of love laying in our bed with us Saturday night, but unexpectedly passed away peacefully in her sleep,” reads the opening of the heartbreaking announcement, which comes with Bridavsky’s first and last photo with his pet cat.

Bub was found and rescued by Bridavsky in 2011 in an Indiana tool shed with the rest of her siblings and feral mother. According to her website, Bub had a “multitude of genetic anomalies.” A perma-kitten, Bub stayed kitten-sized her entire life. She also had an “extreme case of dwarfism,” which explained her disproportionately small limbs that gave her some trouble moving around. In addition, Bub’s lower jaw was shorter than her upper jaw, causing her tongue to hang out of her mouth.

At just 1 year old, Bub was also diagnosed with osteoporosis and became the first cat diagnosed with the bone disease. “I have always been fully transparent about BUB’s health, and it was no secret that she was battling a persistent and aggressive bone infection,” Bridavsky wrote on the Instagram post. “Even knowing this, we weren’t expecting her to pass so soon or so abruptly without warning. I truly believe that she willingly made the decision to leave her failing body so that our family would not have to make that difficult decision ourselves.”

Despite her genetic anomalies and conditions, Bub earned over 2.3 million Instagram followers and nearly 3 million Facebook subscribers in her 8 years. The special needs cat even starred in the documentary Lil Bub & Friends, which premiered at the Tribeca Film Festival in 2013 and won the Tribeca Online Festival Best Feature Film.

Though Bub died too soon, Bridavsky couldn’t even prouder of her accomplishments in the animal rescue world. “BUB has made a huge difference in the world of animal welfare, and in the lives of millions of people worldwide,” wrote Bridavsky. “She has literally saved thousands of lives (both pets and humans), she started the first national fund for special needs pets, she was the subject of groundbreaking genetic and biological research, she’s helped raise over $700,000 for animals in need, and has spread a message of determination, positivity, and perseverance to people all over the world.”

Shortly after Bub’s death was announced, fans took to Twitter to pay tribute to the beloved cat.

you know what lil bub did that was really fucking cool? reminded us all that we’re a bunch of beautiful freaks and how special it is to be a beautiful freak.

Lil Bub has left this plane of existence.

Thank you for bringing so much joy into this world, you sweet, goofy creature.

In our hearts always. pic.twitter.com/rbHbAoeKeR

So happy I got the chance to kiss your little head. And have you as my debit card’s custom picture for years and years now. The amount of joy animals bring is indescribable. Good job bub. You did the best job. 🖤🖤#lilbub pic.twitter.com/fYDvoZEWRQ

You were a quality, cute, alienesque cat Lil Bub.
Thank you for your service to all of us humans. pic.twitter.com/obqtqLz8J1

May you play in peace forever, Lil Bub. 💖#RIPLilBub pic.twitter.com/RbBYjnt173

The Twitter account for the Internet sensation Grumpy Cat — who died earlier this year — also shared a photo of the two cats together, with the caption “Friends forever.”