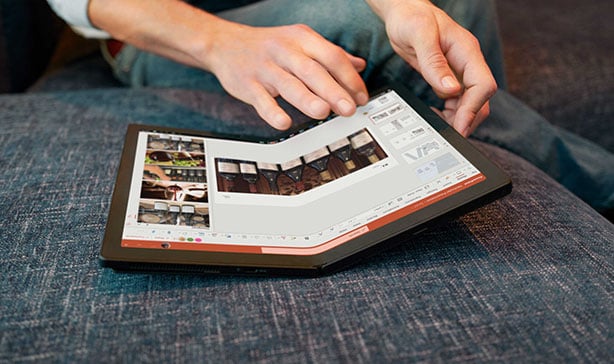 It wasn’t long ago that Lenovo said they would be releasing their folding PC sometime this 2020. And true to their word, the ThinkPad X1 Fold is finally available for pre-order.

The ThinkPad X1 Fold is the first of its kind to be offered to the consumer market. It first debuted its prototype back during the 2020 CES and we were able to do a quick hands-on earlier this year.

The device features a large, foldable OLED screen that boasts of being the most versatile and flexible device a user could ever own. It features two 9.6-inch screens that fold out to a full 13.3-inches. It supports the company’s Active Pen and carries a special Intel Core processor with Hybrid Technology with optional 5G connectivity.

Vice President of Commercial Portfolio at Lenovo Jerry Paradise says that the new ThinkPad X1 Fold isn’t a laptop. Rather, he calls it a “catch-all” device because it can fulfill the needs of many.

The ThinkPad x1 Fold with Windows 10 is now available to pre-order with pricing starting at $2,499.99. Optional accessories such as the Bluetooth Mini Fold keyboard, Lenovo Mod Pen, and Lenovo Easel stand can also be pre-ordered alongside the device.