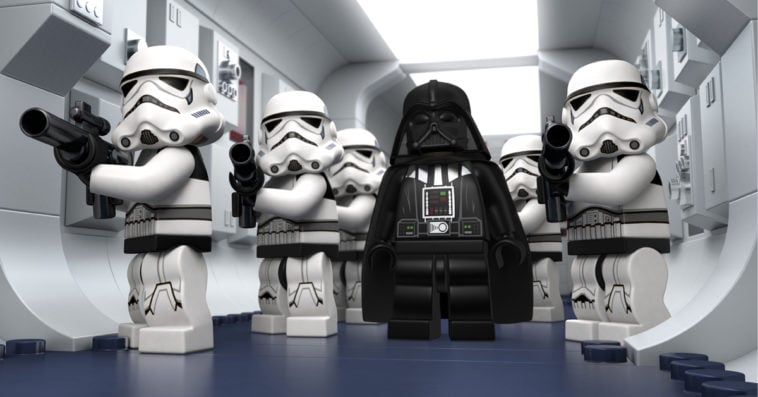 Update: The LEGO Group has successfully broken the Guinness World Records title for the largest display of Star Wars minifigures.

A couple of hours after the record-setting display was unveiled at Star Wars Celebration in Chicago on April 11th, the LEGO Group Senior Director of Brand Relations, Michael McNally was presented the certificate of achievement by Guinness World Records adjudicator, Christina Flounders Conlon.

The display was composed of 36,440 LEGO Star Wars stormtrooper minfigures, beating the previous record of 35,210 LEGO Star Wars minifigures. It was arranged in the shape of the iconic stormtrooper helmet, measuring 20 feet tall by 20 feet wide. A team of 12 LEGO builders spent 16 hours assembling all of the minifigures, which were then shipped to Chicago to be arranged for display at the event.

A time-lapse video of the world record-breaking build and official photos from the event can be seen below. 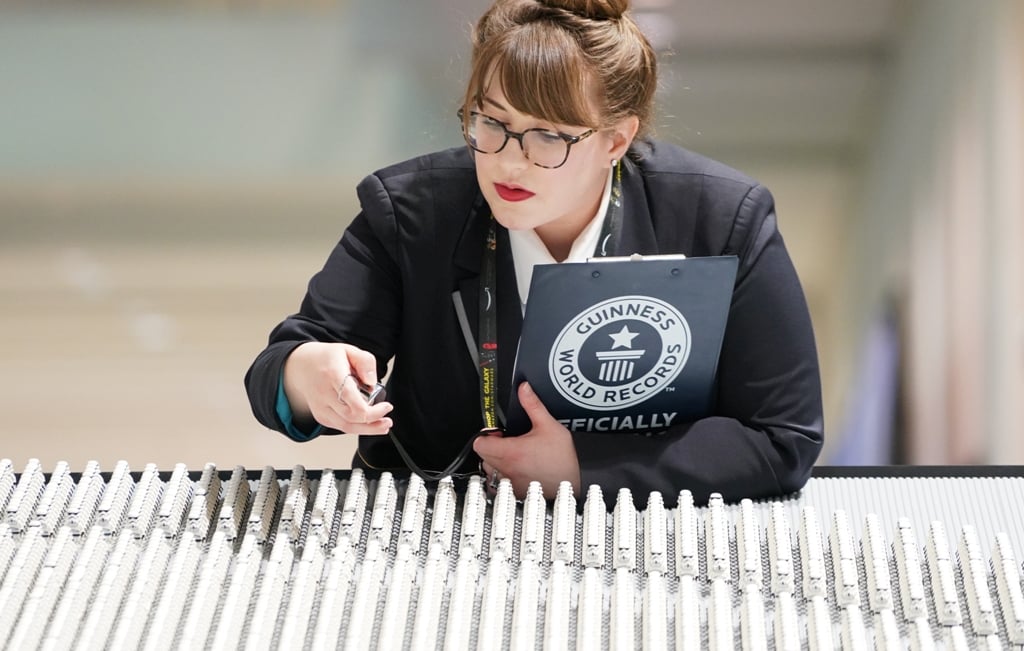 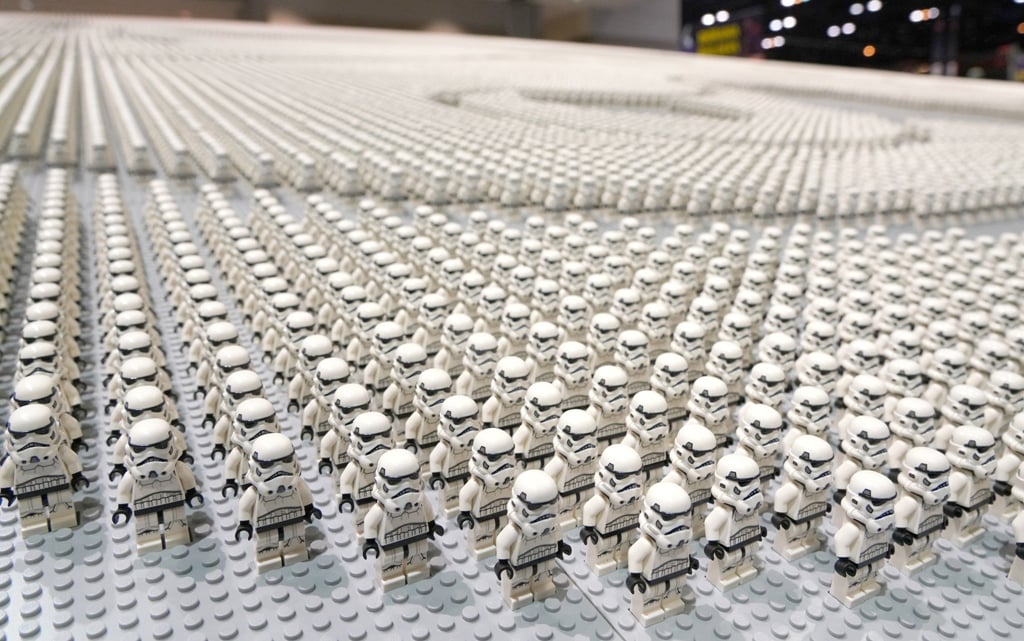 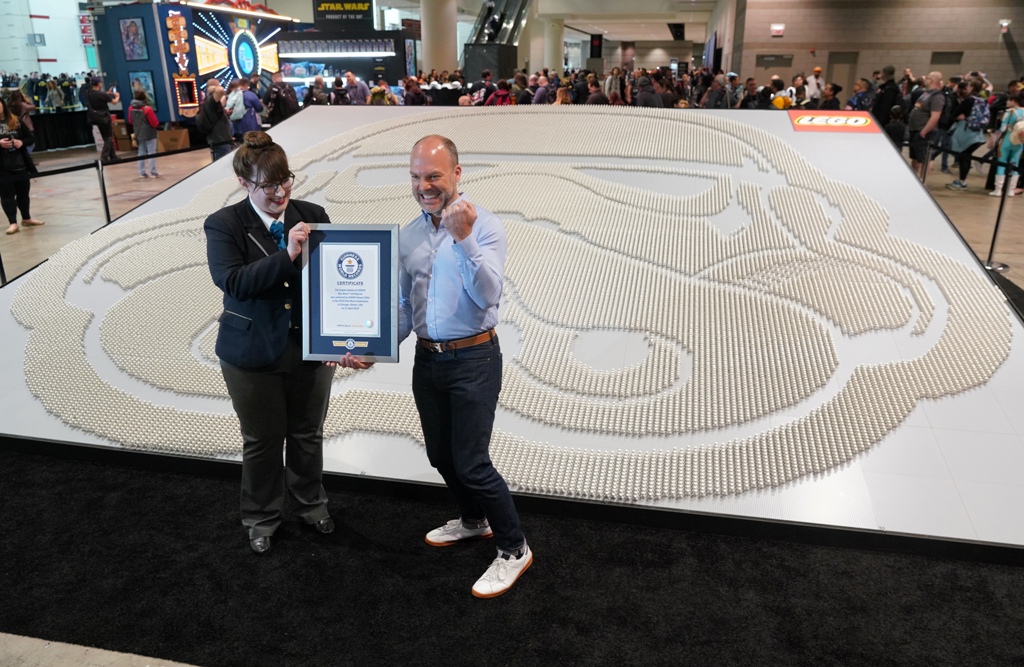 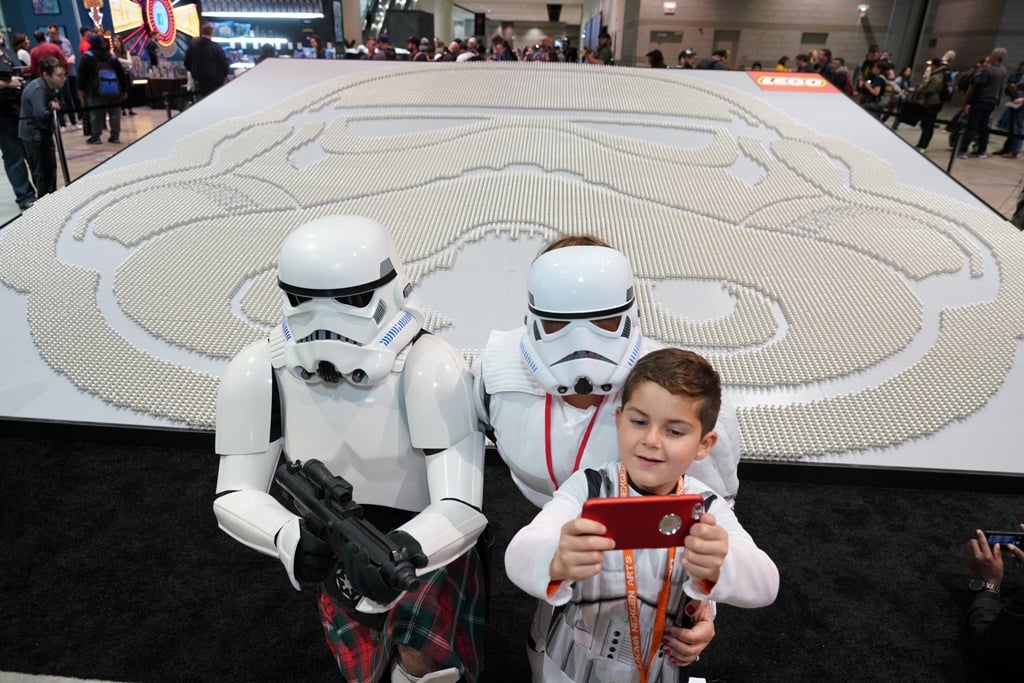 Original Story: The LEGO Group is seeking to add another world record under its belt to mark this year’s 20th anniversary of the LEGO Star Wars line. 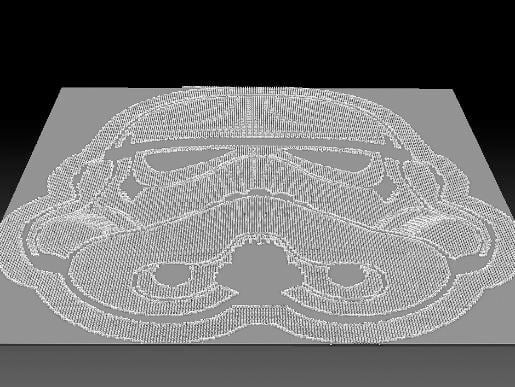 A Guinness Book World Record adjudicator was present at the event to evaluate the success of the attempt. The build will remain on display until April 15th, which is the last day of the Star Wars Celebration.

Aside from the unveiling of the record-setting LEGO display, the toy company is also offering robust in-booth programming throughout the multi-day event that gives attendees access to head product designers for Q&A and signing sessions as well as a chance to watch a weekend-long building tournament with new challenges every day.

There are also lots of hands-on building activities for everyone, including one that gives attendees the opportunity to build and display their very own podracer.

Lastly, LEGO has also organized a collaborative panel between the LEGO Group and Lucasfilm entitled 20 Years of the LEGO Star Wars Story: A Retrospective and Forward Look. It will be held on the Star Wars Galaxy Stage (Skyline Ballroom E & D, Level 3) from 2:30 to 3:30 p.m. ET on Friday, April 12th.