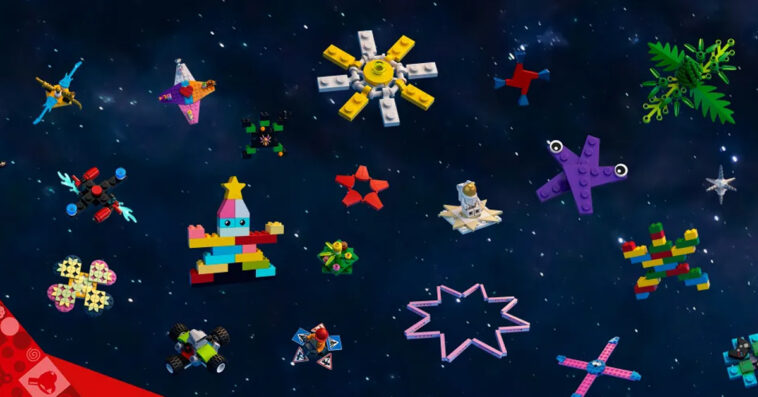 LEGO needs your help to make the holidays brighter for children in need.

As part of its Rebuild the World #BuildToGive initiative, the toy company is encouraging everyone to create a LEGO star to help pass on the joy of play to less fortunate kids. For every LEGO star built and shared on social media using the hashtag #BuildToGive before the end of December, LEGO will donate a LEGO set to a child in need, giving children in hospitals, children’s homes, and vulnerable communities the chance to play this holiday season.

The LEGO star can be of any size, design, and style. But for fans who need some inspiration, LEGO has shared a step-by-step picture guide on how to create one.

This is the fifth year in a row that LEGO has invited fans and families to come together and get creative to make a difference. Through last year’s #BuildToGive campaign, the company was able to donate more than 1 million LEGO sets. LEGO wants to break that record by aiming to donate 1.5 million sets this year. Just like in previous years, the LEGO sets will be distributed through LEGO’s network of local charity partners in 29 countries around the world.

“For generations and across cultures, people far apart have felt connected to one another while looking at the same starry sky. That’s why we’ve put them at the heart of our #BuildToGive initiative this year – to connect families around the world through play at this time of togetherness and celebration,” said Kathrine Kirk Muff, Vice President of Social Responsibility at the LEGO Group, in a press release.

Muff continued: “Over the last four years, thanks to fans and families around the world, we have donated millions of LEGO sets to children in need of play through #BuildToGive. This year will be our biggest to date, as we aim to share the gift of LEGO play with 1.5 million children and hope that everyone from little builders to expert ones have some festive fun building stars while taking pride in the fact they are helping to make a difference.”

As part of this year’s #BuildToGive campaign, LEGO is also making a series of collectible #BuildToGive gift cards, which will be available in LEGO Retail stores during the holiday period.

Visit LEGO.com/BuildToGive for more information about the initiative, including additional tips on building a LEGO star.