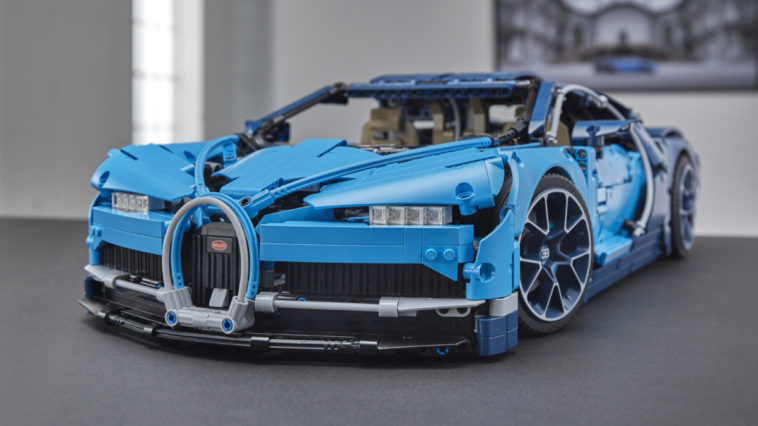 It makes sense that fans of iconic car design would also be fans of LEGO. After all, design is the name of the game when it comes to the interlocking bricks.

In terms of car design, it doesn’t get more iconic that the Bugatti Chiron and LEGO has only gone and released a scaled version of the supercar.

The LEGO® Technic Bugatti Chiron is scaled 1:8 of the actual car and is available now in LEGO stores and online.

The Bugatti President, Stephen Winkelmann joined Niels B. Christiansen, the CEO of the LEGO Group, in unveiling this epic offering at the company’s headquarters in Billund in Denmark

The Chiron was unveiled to the world two years ago and it has become one of the most coveted supercars on the planet. Most of us will never get the chance to be near a Chiron in real life, but the LEGO replica is a pretty good consolation prize.

The latest set in the Ultimate range has arrived! The LEGO Technic 42083 @Bugatti Chiron super sports car model captures all the design detail of the real thing, and also comes with the most sophisticated LEGO Technic engine ever. #LEGOTechnicBugatti #buildforreal pic.twitter.com/5sBKyqZi6l

Stephan Winkelmann, President of Bugatti Automobiles S.A.S was impressed with the level of detail in the design of the LEGO product. He added that fans of both LEGO and Bugatti are in for a treat.

Thus, if you buy it, you can say goodbye to the prospect of doing anything else during the month of June. The model features aerodynamic bodywork with an active rear wing, spoked rims with low-profile tires, detailed cockpit with movable paddle gearshift, and a detailed W16 engine with moving pistons.

The interior is just as detailed; open the doors and you’ll discover that there’s an 8-speed gearbox with paddle gearshift and a steering wheel bearing the Bugatti emblem. Each model has an individual serial number which will unlock content at LEGO.com/technic.

There are loads of other amazing details for you to discover, but if we were to list them here, it would take some of the fun out of the experience. Thus, buy it, build it and enjoy the discoveries!