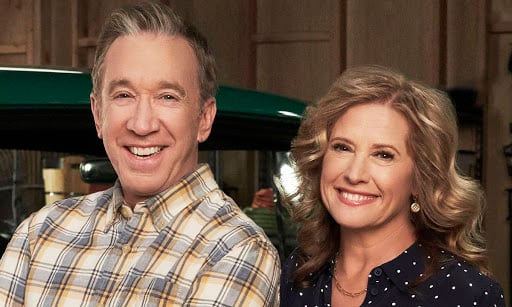 Tim Allen is no stranger to the world of long-running sitcoms, having led Home Improvement for eight seasons and 204 episodes, with the show turning him into a household name in the process, and the star winning a Golden Globe for Best Actor in a Television series in 1995 as well as being nominated a further four times. Over a decade later, Allen found himself drawn back to the small screen to headline another sitcom in Last Man Standing, which has proven to be enduringly popular despite a couple of high-profile setbacks.

A spiritual sequel of sorts to Home Improvement, Allen remains very much inside his wheelhouse as Mike Baxter, marketing director for a Denver-based sporting goods store, with the majority of the humor being derived from the various sprawling interactions and mishaps involving the members of his increasingly extended family.

Before being officially ordered in January 2011, the show had gone through several working titles including Man Up and The Last Days of Man before eventually settling on a moniker. Nancy Travis and Hector Elizondo have been fixtures of the cast since the very beginning as Mike’s wife and business partner respectively, although like any sitcom that stretches over a number of seasons, the supporting cast has experienced wholesale changes.

Despite posting solid ratings over the first six seasons, with the average numbers only dropping from 9.12 million to 8.06 million, figures that the majority of other network shows would kill for, ABC canceled Last Man Standing in May 2017 despite it being one of the network’s highest-rated shows.

READ  Has Netflix's Dark been canceled or renewed for Season 4?

Petitions were launched in an effort to revive the series, which gathered hundreds of thousands of signatures, before it was officially confirmed a year later that Fox had stepped in to save the show, awarding Last Man Standing a seventh season.

Stars Molly Ephraim and Flynn Morrison declined to return, but their roles were simply recast and it was back to business as usual. Ratings have been continually solid at Fox, with the seventh and eighth batch of episodes drawing in an average of 8.2 and 6.4 million viewers respectively, although the last run suffered from being forced to switch time-slots to accommodate the station’s newly-acquired WWE Smackdown.

In May of this year, it was announced that Last Man Standing had been renewed for a ninth season, although it came with the news that it would also be the last. Despite never gaining much appreciation from critics who have always found it to be uninspired and derivative, the sitcom has always managed to retain the majority of its audience and continues to pull in impressive numbers during a time where streaming services have snatched away millions of viewers and revolutionized the way people consume content. The show has already survived cancellation once before, but it seems unlikely that lightning will strike twice.