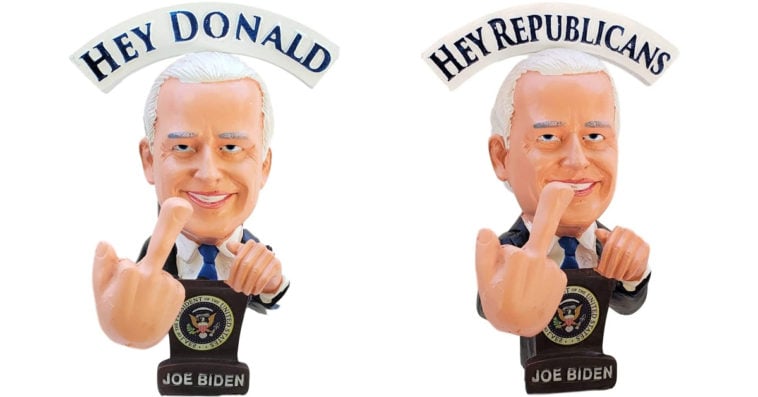 Are you looking for a fun little gift for your Democrat friends and family to mark Joe Biden’s historic win against Donald Trump in the election? Well, look no further because we’ve just found the perfect memento that hilariously captures the sentiments of people who can’t stand the idea of Trump staying in the White House for another term.

Made by toy brand Bobble Fingers, this inappropriate yet humorous Joe Biden figure is waving his middle finger at Trump and his Republican allies. Featuring a fantastic likeness to the U.S. president-elect, the figurine has a bobbling middle finger and a two-sided “HEY DONALD” and “HEY REPUBLICANS” banner above his head. The banner is reversible and removable, allowing Biden to flip off Trump, the Republicans, or anyone you want him to. 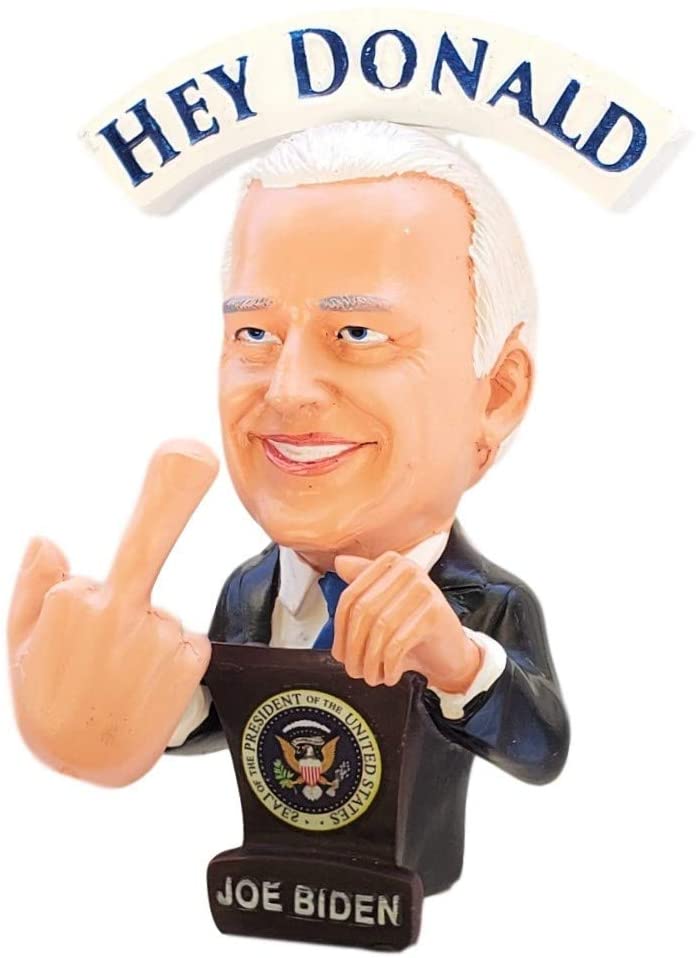 While some may find the figure offensive, Trump supporters with a good sense of humor will find it funny. After all, Bobble Fingers also has a Trump version of the figurine, giving the finger to Biden. If you have friends supporting a different presidential candidate, then these toys make a great gag gift for them.

The Joe Biden figure comes packaged in a clear PVC packaging and sells for $19.95 each. 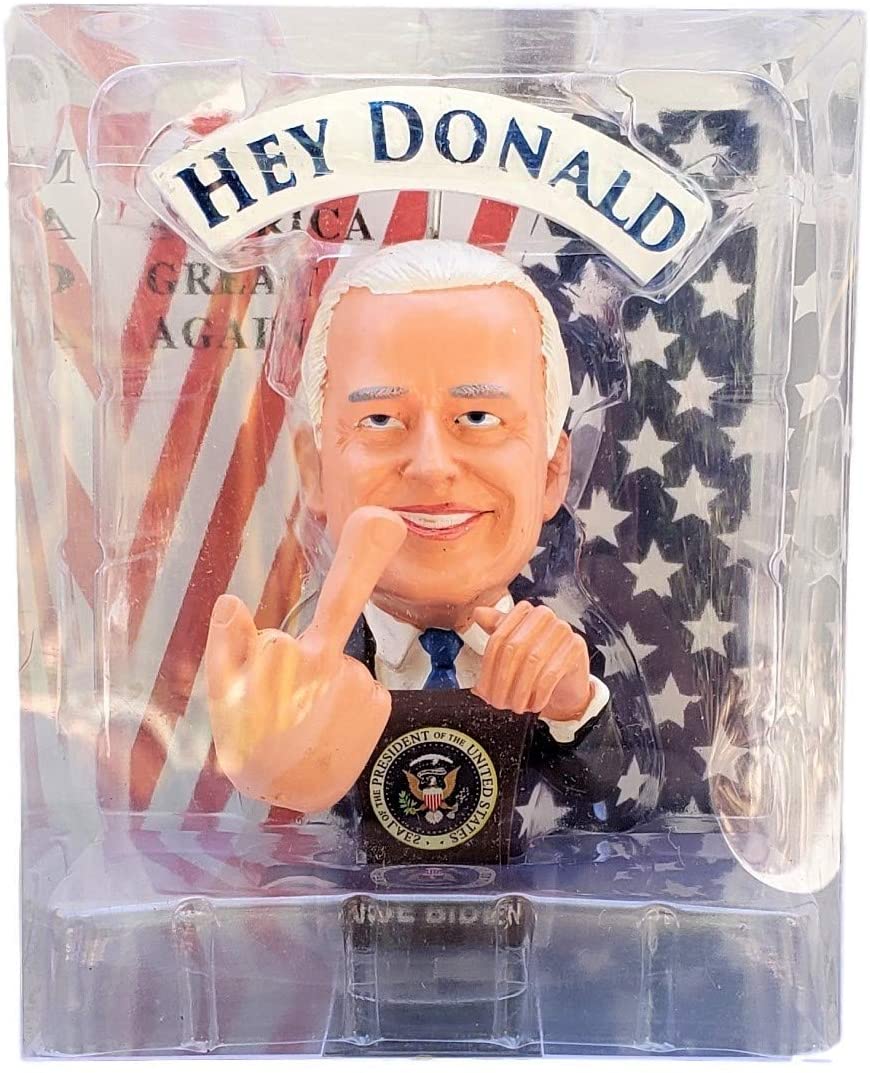 Shortly after the states of Pennsylvania and Nevada broke in favor of Biden on Saturday, November 7th, the Associated Press and multiple networks called the presidential election for the former vice president. Trump, however, still refuses to concede the election, falsely accusing Biden of attempting to undermine the electoral process and vowing to take the election to the courts.