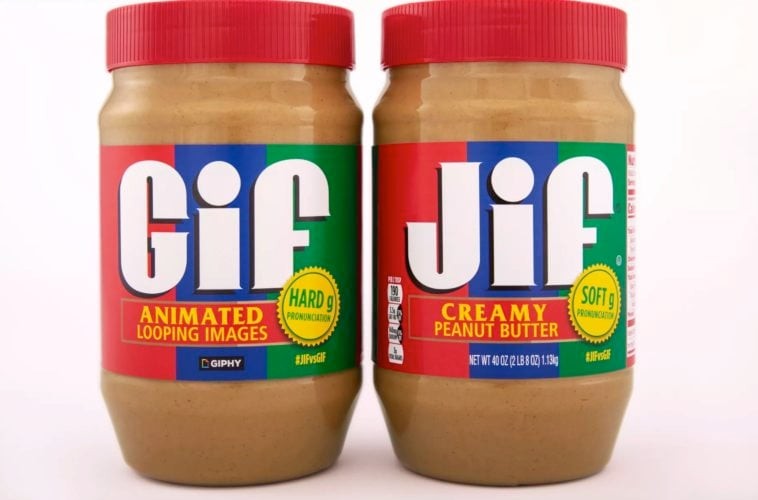 Although the GIF image format has been around since the 1980s, in recent years, the explosion of social media has refueled the pronunciation debate. Some of us thought it was settled in 2013 after Steve Wilhite – the computer scientist who invented the format – said he uses a soft “g”. Nevertheless, the debate rages on. One poll from StackOverflow shows a great majority (65.6%) of technology professionals prefer the hard “g” sound to the soft “g” (26.3%). While this stunt may be great publicity for the two companies behind it, it’s very unlikely to sway opinions in one direction or the other. Where do you stand? Do you prefer to use a “hard g” or a “soft g” sound?

Want to pick up a creamy GIF peanut butter jar for yourself? Although the special jar is currently not in stock, it is listed on Amazon.

Update: The GIF peanut butter jar is no longer available for sale on Amazon.