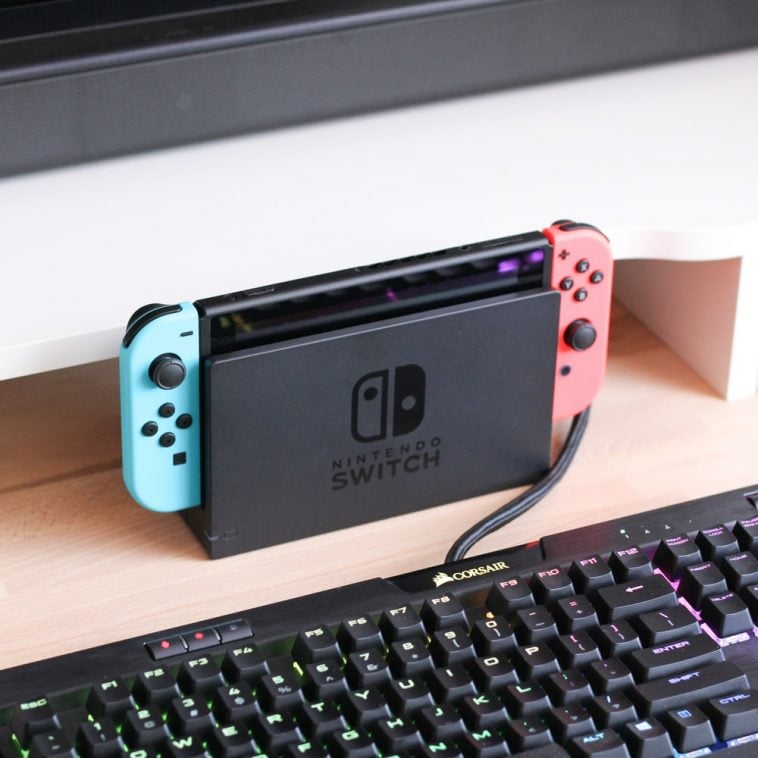 Switch on a shelf? That’s what keen-eyed viewers saw on Xbox head Phil Spencer’s shelf in a photo that’s been circulating on the internet. This is causing fans to speculate about an upcoming partnership that may happen between the two companies.

If you’re wondering how a nondescript-looking Nintendo Switch unit on Phil Spencer’s shelf could spark such a rumor, it’s because Spencer did the exact same thing with the Xbox Series S. Before its official announcement, an Xbox Series S was casually sitting on the shelf without fans realizing what exactly what it was.

This time around, a Nintendo switch was sitting on Spencer’s top-shelf surrounded by a bunch of other Xbox-related merchandise. While the partnership or collaboration is merely just a rumor, well-known Redditor and XboxEra co-founder “Shpshal Ed” seemingly confirms it by saying that the “cat seems to be out of the bag” and that there may be an announcement in the fall.

The news isn’t too much of a surprise as Microsoft has long been showing Nintendo support. It’s published titles like Minecraft and Ori and the Blind Forest on the Nintendo Switch and included Steve from Minecraft in the hit party game Super Smash Bros. Ultimate.

But as to what the collaboration is exactly is still a mystery. A large number of people believe that Microsoft will be bringing its cloud-based game library, Xbox Game Pass to the Switch but it could easily be something smaller like adding a new character to Smash Bros. or even just a new game. Whatever it is, if Shpshal Ed is to be believed, we’ll be hearing something in Q3.