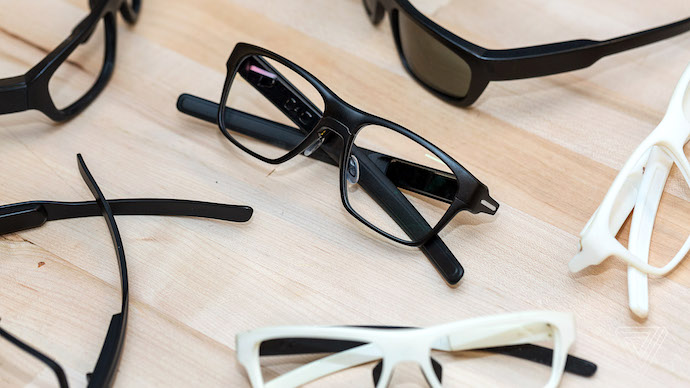 Smart eyewear is the obvious next step in the wearable revolution, but up until now, there has been a serious disconnect between products that look good and are actually practical. Google Glass caught the imagination of the public, but ultimately, their image problems may have held them back from becoming an everyday accessory.

Intel’s new smart glasses, entitled ‘Vaunt’, won’t have any such issues. In a special report commissioned by the Verge, the glasses were shown to be both highly functional and hugely fashionable.

The creepy front facing camera is absent and the wearer doesn’t have to make deliberate swipes or wave their arms for usability. Instead the information comes via a projection into the retina and the Verge report also stated that this eyewear is “virtually indistinguishable from regular glasses.”

What can we expect?

The glasses, which are set to weigh-in at less than 50 grams, will work with both iPhones and Android phones and will have some voice assistant tools, as well as in-built Bluetooth connectivity.

The key to their success may be that they are not supposed to be overly intrusive, with the information provided set to be wholly contextualized and not just a bombardment of notifications.

When can we get them?

Developers will have a chance to get their hands on a pair later this year as part of Intel’s early access program. However, Vaunt is still in its early stages, so expect plenty of improvements before they arrive in a store near you.