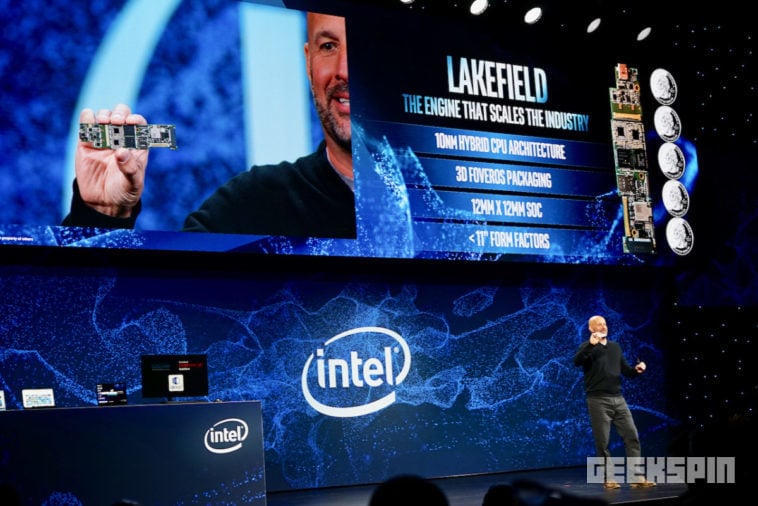 Yesterday Intel made several announcements, but their miniature full PC motherboard is what caught our eye. The motherboard is a reference design for Intel’s newly announced “Lakefield” platform, the engine that scales the industry.  This system-on-a-chip (SoC) fits in the palm in your hand and packs everything it takes to power full Windows.

While this is just a “reference” design, it’s a really impressive example of what future 10nm chips can achieve. It has five CPU cores, one big 10nm Sunny Cove core, and four smaller Intel Atom cores. The processors are 3D stacked with graphics, DRAM memory, and a base die with cache and I/O. This stacking design is achieved with Intels new “Foveros” 3D packaging technology. The motherboard also features next gen Wi-Fi 6 and Thunderbolt 3.

What’s this all mean? Lakefield opens up a lot of potential, not just in size, but in low power efficiency, performance, and battery power. There’s no official applications announced yet, but we’d expect to see Lakefield play a large role in laptops, mobile devices, and future connected devices. The keynote called out form factors less than 11″. It’s smaller than a Raspberry Pi, and if the pricing is even close, we could see some seriously interesting home-brew applications.

Lakefield is expected to go into production this year.