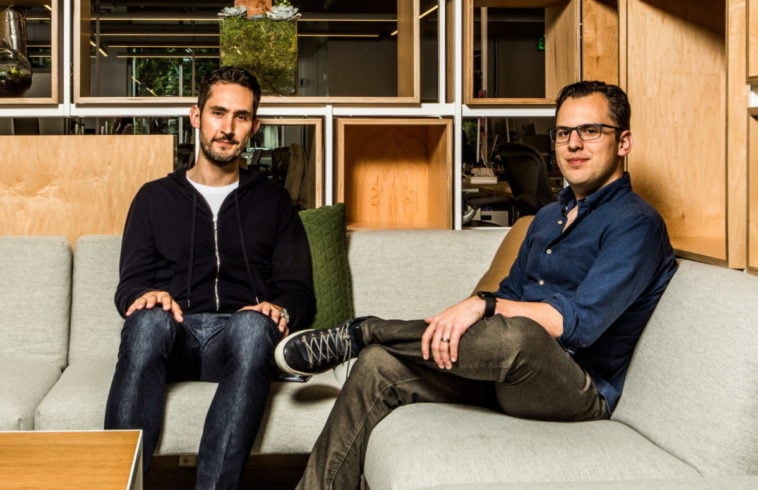 The New York Times is reporting that Kevin Systrom and Mike Krieger – Instagram’s founders – plan to make a departure from the company in the coming weeks.

For the past eight years, Systrom, 34, served as CEO, while Krieger, 32, filled the company’s CTO role. The reason behind the duo’s surprising departure remains unclear – and has Silicon Valley abuzz with speculation.

Systrom and Krieger first met in 2010 at an event hosted by Stanford University. At the time, Systrom was the sole developer of a location sharing app known as Burbn, of which Krieger was a fan. Shortly after meeting each other, the duo decided to partner up. As they continued to further develop Burbn, they discovered that the app’s photo sharing feature was very popular among users. Not long thereafter, Systrom and Krieger made the decision to shift their focus, thus Instagram was born.

After the pivot, Instagram’s popularity skyrocketed, eventually catching the attention of Facebook’s CEO Mark Zuckerberg. According to reports, Zuckerberg approached Instagram’s founders on his own volition, and the two parties eventually agreed to a $1 billion buy out in 2012. Since then, Instagram has continued to flourish, boasting over 1 billion users as of 2018.

Industry rumors regarding the split vary from the mundane to the conspiratorial. Some suggest the duo’s contractual obligations have matured, leaving them free to cash out on their stock options. Others say the breakup may stem from Facebook’s overly aggressive approach to user data hoarding and alleged misuse. If this, indeed, is true, it wouldn’t be the first time executives at a Facebook-owned company departed under such allegation. Sources say WhatsApp’s founder Han Koum left the company this past July due to Facebook’s heavy-handed approach to data collection.

So far, Systrom and Krieger have remained tight-lipped when pressed for specifics. In a joint statement, the duo said they’re planning to take “some time off to explore our curiosity and creativity.” The statement goes on to suggest Systrom and Krieger will perhaps start a new company. Although we’re likely many years away, it’ll be interesting to see what comes next.