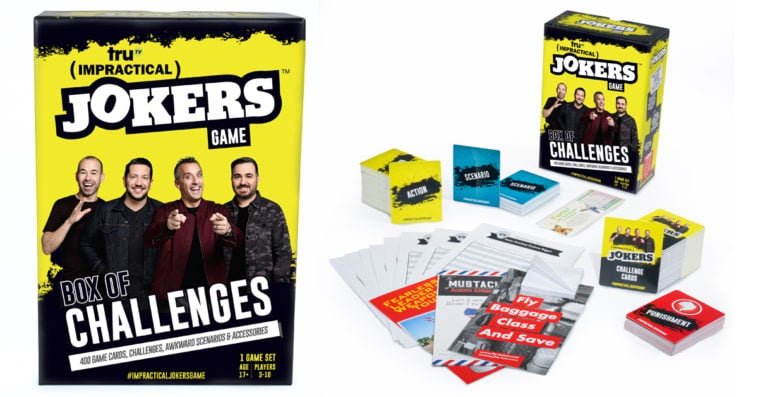 A game based on truTV’s Impractical Jokers is out now, and it’s sure to make every game night and company party more hilarious.

Called Impractical Jokers: Box of Challenges, the game dares players to prove that they have what it takes to join Brian “Q” Quinn, James “Murr” Murray, Sal Vulcano, and Joe Gatto as the show’s titular jokers.

Created by Wilder Games, a new division of toy company WowWee, the Impractical Jokers: Box of Challenges is divided into three phases. In Phase 1, each undercover player must pull off embarrassing challenges on suspecting friends. In Phase 2, players compete to match awkward one-liners and hysterical actions with uncomfortable scenarios. And lastly, in Phase 3, the biggest loser after the first two rounds is getting a surprise punishment of epic proportions. 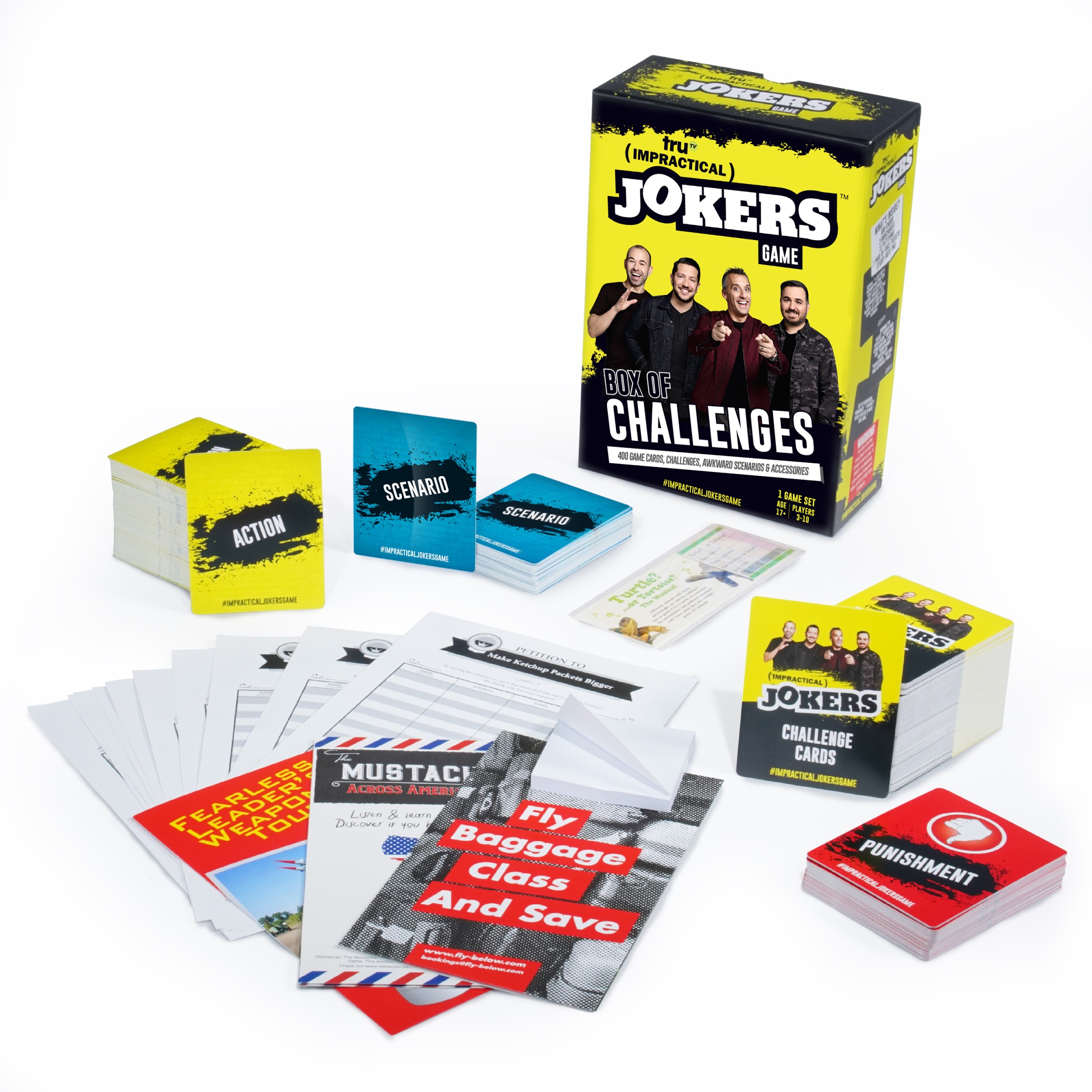 Ideal for 3-10 players, aged 17 and up, Impractical Jokers: Box of Challenges includes 400 game cards and over 15 accessories such as fake brochures, petitions, and more. With a suggested retail price of $19.99, the game is now available at Target stores nationwide, Target.com and Amazon.

An “ultimate” version of the game is also exclusively available on Amazon. Called Impractical Jokers: Ultimate Challenge Pack, the $29.99 game is very similar to the Box of Challenges. Other than the price, the difference between the two is that the Ultimate Challenge Pack has 200 additional cards, 10 more petitions, and an exclusive sound cube. 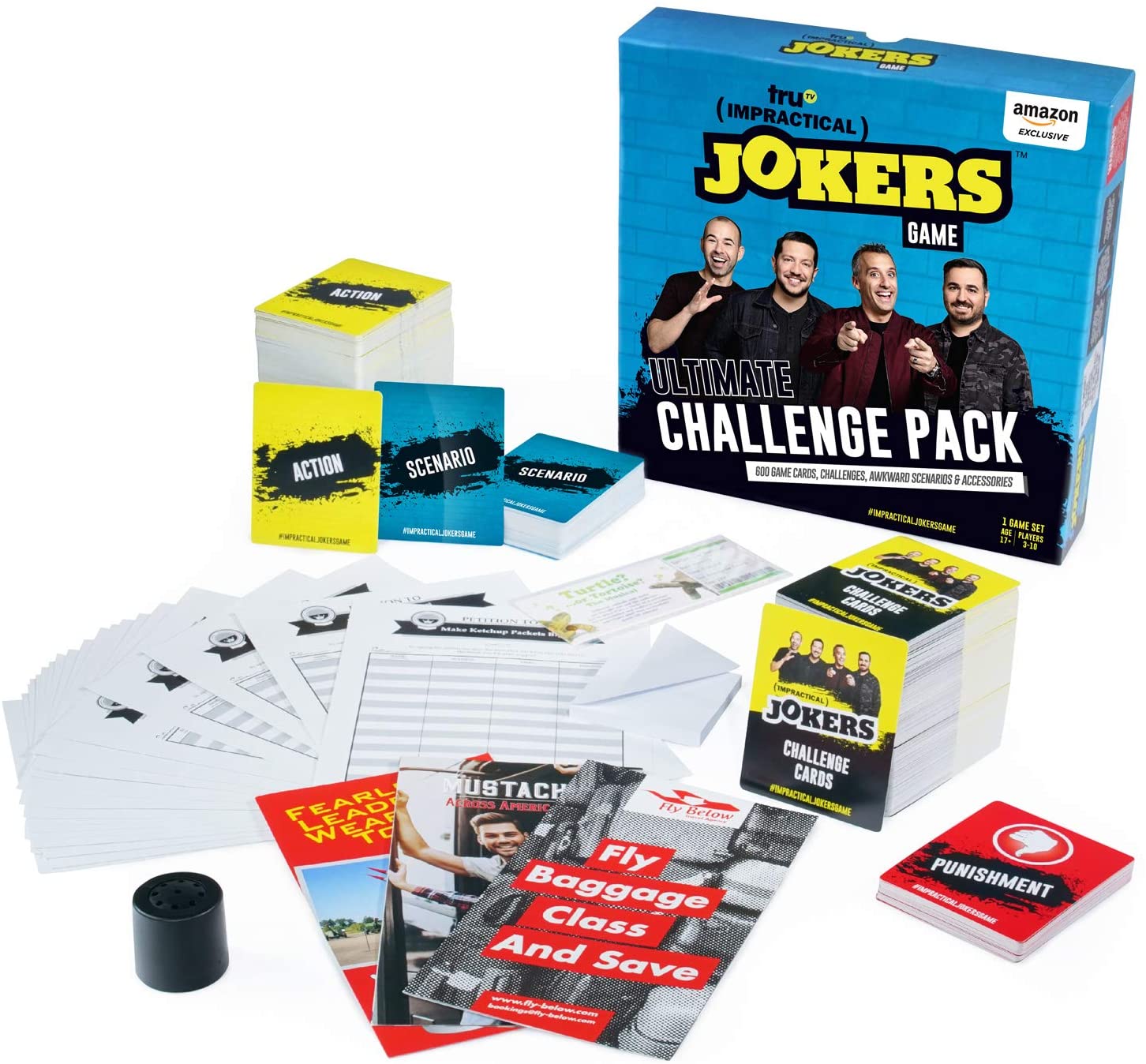 To know more about the game, watch the video below:

Impractical Jokers ended its 26-episode season 8 in March and is expected to return to truTV later this year for season 9.