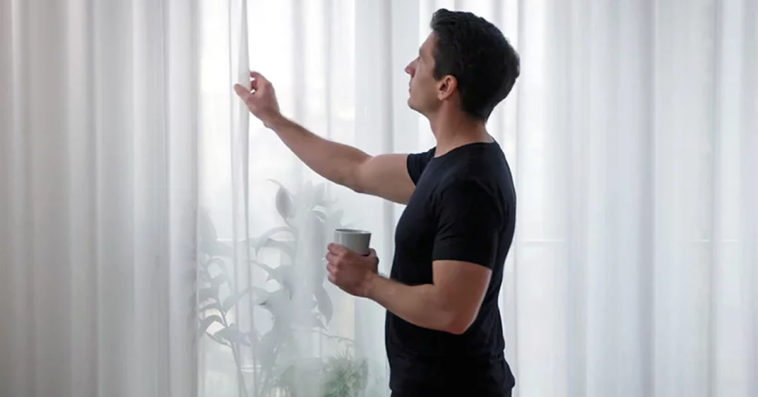 Like any kind of houseplant, Gunrid helps fight indoor air pollution without the use of any electric power or filtering systems. This low-cost and passive technology is basically a piece of fabric treated with a “mineral-based photocatalyst” that is activated when it comes into contact with light. Similar to the process of photosynthesis found in nature, it then destroys common indoor pollutants like odors and formaldehyde.

IKEA acknowledged that there had been photocatalyst-treated products released in the market before, but the Swedish company pointed out that their version of the technology is the first that can be activated by both natural and artificial light.

“We wanted to create a simple, convenient, and affordable way to clean air that wouldn’t take up much space in people’s homes,” said Mauricio Affonso, Product Developer at IKEA Range & Supply, of the inspiration behind Gundrid. “We were also curious about creating a product that is multifunctional and would help break down air pollutants that many air purifiers leave behind.”

“Besides enabling people to breathe better air at home, we hope that Gunrid will increase people’s awareness of indoor air pollution, inspiring behavioral changes that contribute to a world of clean air,” added Lena Pripp-Kovac, Head of Sustainability at Inter IKEA Group. “Gunrid is the first product to use the technology, but the development will give us opportunities for future applications on other textiles.”

Though IKEA has started to develop Gunrid a few years ago in partnership with universities in Europe and Asia as well as IKEA suppliers and innovators, the air-purifying curtain won’t hit IKEA’s shelves until next year as the company they are still testing the effectiveness of the product. 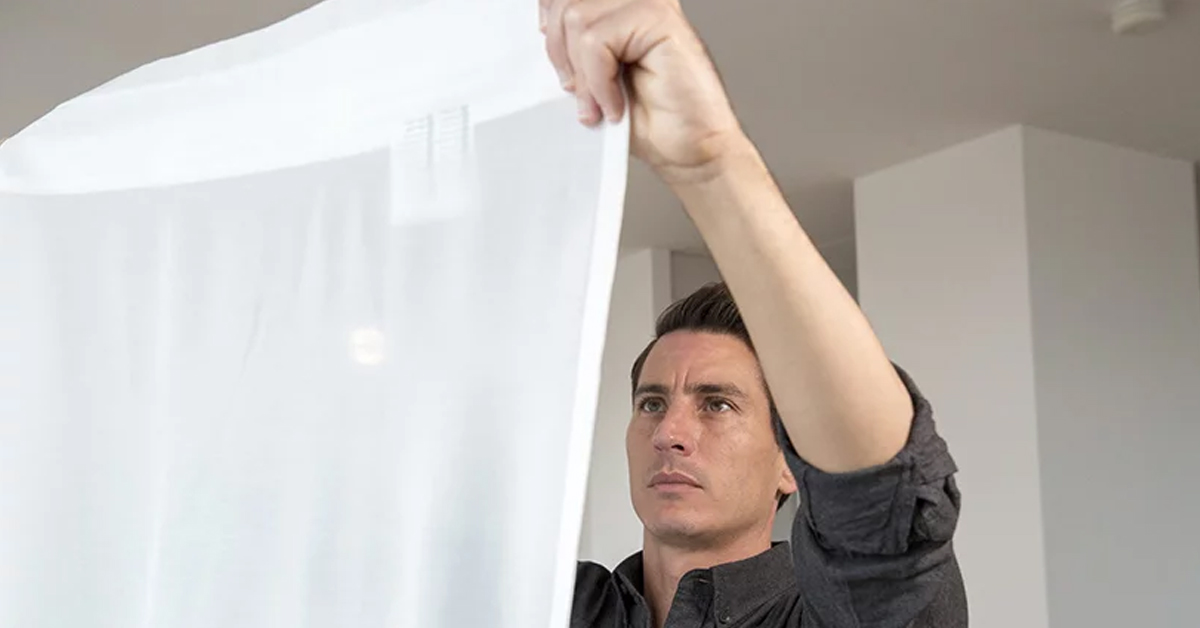 “Successful laboratory tests have been carried out to ensure that the photocatalyst coating works and that it is safe,” IKEA said. “The next step is chamber tests and home tests to confirm that Gunrid efficiently removes volatile organic compounds in a room.”

Long before IKEA started working on Gunrid, the company has been reducing air pollution from its own operations by phasing out hazardous chemicals and reducing air emissions. IKEA has also committed to becoming climate positive by 2030, reducing their overall climate footprint by 70% on average per product, compared to 2016.