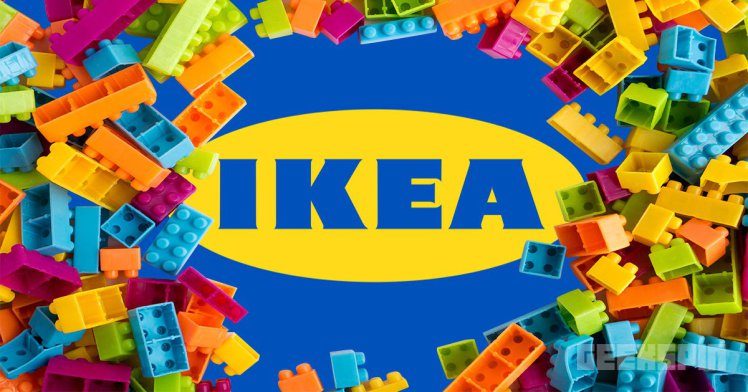 Some collaborations just make sense. For instance, there is Thor and his hammer, Twitter and its trolls, and now, there is LEGO and IKEA.

One makes assembling fun, while the other causes you to fall out with loved ones over a missing screw from a bedside locker, which you had in your pocket all along… no, I’m not speaking from personal experience… what makes you think that?

The Swedish furniture store, which is famous for its tempting flat-packs, is coming together with one of Scandinavia’s other famous exports in what should be an exciting venture for all involved.

At IKEA’s annual press event, they announced this new partnership with a neat little video, featuring a group of kids describing what LEGO is. The idea behind this partnership is to create products which will help adults and kids enjoy playtime together.

Lena Dixen, the Senior Vice President of the toy group which was founded in Denmark, said that the partnership will bring more play into the homes of both parents and children and that this can only be a positive thing.

Fredrika Inger, who is the Business Area Manager for Children’s IKEA added that this partnership came about by LEGO calling IKEA and asking to play. The Swedish company is known for their fun attitude, so it seems like an ideal fit.

There isn’t a huge amount of specific detail out about this partnership available at the moment, but further information is expected in the coming months. And it’s probably a safe bet to assume that LEGO-themed furniture is part of the plan. That being said, we are unsure anyone can make assembling flat-pack furniture fun.

It’s been a busy few weeks for all-things-LEGO, as their second movie is just about to hit theatres. Imagine this; you may soon be able to watch the LEGO movie, on a LEGO couch on your TV, which is on a LEGO stand that you bought in IKEA.

You can watch the on-stage announcement below.