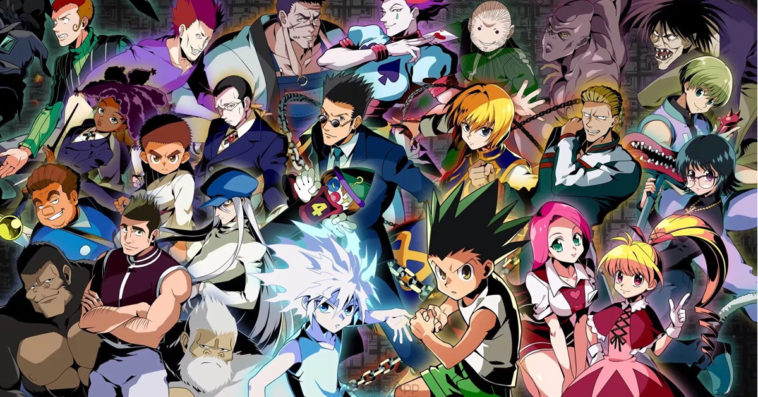 The English-dubbed Hunter x Hunter anime series ended its run on Adult Swim’s Toonami last Saturday night. And as expected, lots of fans took to Twitter to say goodbye to the show following its bittersweet finale.

In their tweets, fans expressed how much they would miss the show now that it’s done for good.  They also thanked Viz Media, Adult Swim, and Toonami for putting the Hunter x Hunter on the air.

And with that, the #HunterXHunter anime is officially over ?. Gonna miss this show. Thank you #Toonami for putting it on TV. ?? pic.twitter.com/qm1ukdUmuL

I enjoyed the finale of #HunterXHunter on #Toonami the other night.
I can't lie though, I teared up at the end when I knew it was permanently over. I'm definitely going to miss it, it was a great journey with Gon and Killua.

Thank you #HunterXHunter for making us smile every week! You’ll be missed! pic.twitter.com/A2kt2Gqkjx

I just want to take the time to thank @VIZMedia and #Toonami for putting #HunterXHunter on the air. It’s been quite a 3 year journey since we’ve all joined Gon and his friends on they’re hunting adventures and now it’s time for all of us to go hunting for our own dreams. pic.twitter.com/kF4w2QBZSm

The last episode of the English Dub of #HunterXHunter aired the other day ? I drew a lil something to cope, thanks again to #Toonami for the amazing adventure! pic.twitter.com/Bue0OkkufX

Some fans also congratulated the whole team behind the series, giving the voice cast a special shout-out.

“Tell me Gon, what is this tree we just climbed?”

Congratulations to the entire cast and crew of #HunterxHunter. It’s been a wonderful journey. ?#Toonami #CartoonNetwork #AdultSwim pic.twitter.com/UD2f7HeU59

#HunterXHunter is a beautiful microcosm on friendship, growing up, tolerance, and understanding. I’m glad the dub on Toonami is getting attention, it deserves it. The voice acters were spot on, capturing all the intense and emotional scenes loved by fans. pic.twitter.com/jqjbsgKnEQ

Such a great show. #HunterxHunter finale just finished on Toonami. This show has became one of my favorites, amazing job from the creators and everyone who worked on it. The English voice actors did such an excellent job on this. Thanks Toonami for showing Hunter X Hunter!

A few members of the show’s voice cast also tweeted their farewells to the beloved anime.  Erica Mendez wrote that she learned so much from lending her pipes to the show’s main character, Gon Freecss. Erika Harlacher, meanwhile, tweeted that she feels honored to play Kurapika on the show.

I'm trying to compose my thoughts, but I'm too busy crying haha. It might seem silly to crying over something like this, but I learned so much from playing Gon. It's very rare people get to spend this long with a single character so I'm very grateful and I just genuinely love HxH

The final episode of #HunterxHunter aired on Toonami tonight. 148 episodes. Wow. It was an absolute honor to play Kurapika. Thank you to everyone who watched the show ❤️ I loved every second I got to be involved!! pic.twitter.com/btS27P598v

For those who are not familiar with the anime series, Hunter x Hunter follows the adventure of a young boy named Gon Freecss, who discovers that his father who he thought was dead, is in fact alive and well. After learning that his father, Ging, is a legendary Hunter, Gon becomes determined to follow in his father’s footsteps. Gon takes the Hunter Examination, and eventually embarks on a journey to find his father and become a Hunter in his own right.

In the finale, Gon climbs the top of the World Tree where he meets Ging for the first time. The father and son finally have a heart-to-heart conversation, in which Ging reveals his intentions to further explore the world, and Gon shares all of his adventures that led him to find his father.