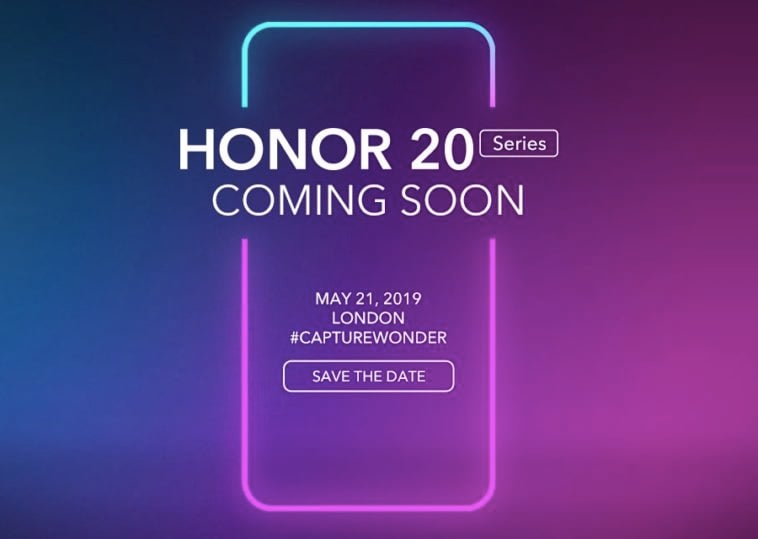 The launch day of the upcoming Honor 20 is fast approaching, and more details about the line-up are slowly being revealed. Now Honor has shared some information about the design of the Honor 20 series.

The Honor 20 series utilizes what is termed “Dynamic Holographic” design, which is said to be the first in the world. The series will be comprised of three different smartphones, the Honor 20, Honor 20 Pro, and Honor 20 Lite.

Based on Honor’s pre-launch info, the main highlight of all three phones will be the camera performance, which should allow users to “Capture Wonder” at any moment. They would look good doing it, too, through the aforementioned design that is described by Honor as “a masterpiece crafted through the seamless merge of artistic consideration and cutting-edge Triple 3D Mesh technology.”

It should be noted that the neat new design that Honor is trying here will be featured on the back of the phones, specifically the glassback. It is said that this component is made in a two-staged process that yields millions of miniature prisms that resemble pieces of diamonds.

Once the initial stages of building the glass back are finished, designers move on to the finishing touches, which involve coating them in the hue of the phones as specified by Honor, and won’t be revealed until the actual launch date.

“The outcome,” says Honor, “is a depth-inducing optical effect that makes the Honor 20 series stand out from its predecessors.”

The whole process is so meticulous that Honor says only 20 covers out of every 100 ever meet their stringent standards. If so, they’re spending a great amount of time, money, and effort on making these phones just based on that alone. That will make it interesting to see just how well-made the final product is.

READ  IFA's 2020 conference in Berlin is still happening this year

The glassback isn’t the only thing about the Honor 20 that’s set to wow prospective buyers, however. The Honor 20 series is said to boast a 6.26-inch all-view display with a 91.6-percent screen-to-body ratio. There’s also a 4.5mm in-screen camera that hints at a literal all-screen design.

As for the rest of the phones, they are noted to have smoother edges than previous models, right side-mounted fingerprint sensors, anti-fingerprint surfaces, curved screens, and an asymmetrical “L-shaped” camera setup that is apparently necessary to put a bigger battery inside.

We’ll be sure to update you on the latest with the Honor 20 series leading up to and on the day of the launch on May 21.