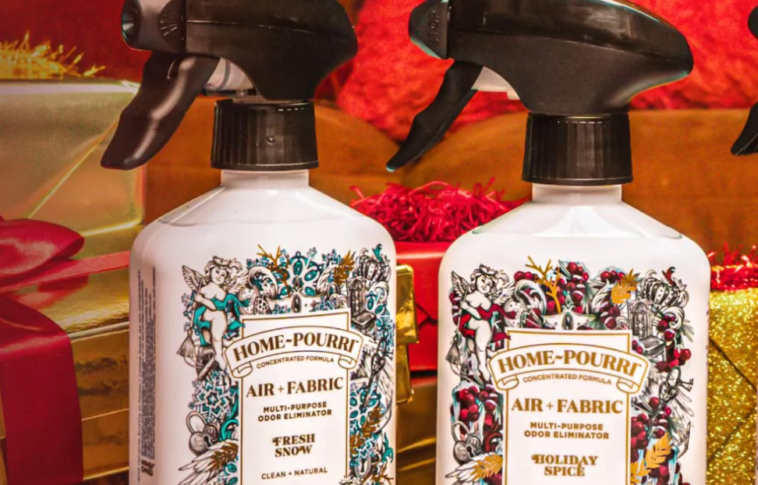 The company best known for creating Poo-Pourri, a fragrant spray that eliminates toilet and bathroom odors, has expanded into home and pet products with its Home-Pouri lineup. But does Poo-Pourri work?

Poo-Pourri makes use of Funk Lock Technology to get rid of unpleasant smells. Poo-Pourri’s range of toilet sprays contains essential oils as well as plant-based ingredients that help in eliminating 99% of bathroom odors naturally.

I was not for sure if this would really work, I always use some type of air spray but it got too expensive and I ended up using more of it. So I tryed this and yes it works with one spray in the water. @moonshine

Do you spray Poo-Pourri before or after?

Poo-Pourri as the name ‘before you go’ on its packaging suggests is sprayed into the water before you do the deed. So, for maximum effect, it is advisable to spray the fragrance before.

Is Poo-Pourri bad for plumbing?

According to the Pourri website, all the ingredients used in Poo-Pourri are natural and non-toxic so it’s safe to breathe as well as flush. As such, it’s safe to say that Poo-Pourri will not harm your plumbing system.

The iconic television advertisement for Poo-Pourri

Poo-Pourri’s first-ever television advertisement released back in 2013 made waves because of its humor with relatable scenarios. Entitled ‘Girls Don’t Poop’, the ad went viral on YouTube, raking in 10 million views within the first two weeks of its release, with over $ 4 million worth of back orders to boot.

The advertisement has garnered over 44 million views to date on YouTube alone. In an interview with Forbes, Suzy Batiz the founder and CEO of Pourri said,

The common thing is people get it as a gift,” Batiz says, explaining how the marketing draws people in. “But then they feel they can’t live without it. … There’s a lot of stuff to worry about in life, and bathroom odor should not be one of them.

Here’s a look at the complete ad.

The new Home-Pourri lineup includes sprays and candles with holiday-themed scents. And who wouldn’t want their homes to smell like a blend of cinnamon, cypress, vanilla, and eucalyptus during the holidays? That’s precisely what Pourri’s new line of Holiday scents and sprays promises to offer.

Let’s have a look at what some of Home-Pourri’s products can do for your home – outside of the bathroom. The Home-Pourri Holiday Spice spray is bound to make you feel nostalgic with its aromatic, cinnamony, clove, and ginger scent combined with the fruity odor of green apple, cranberry, and lemon. You can simply spray the odor eliminator onto your curtains, rugs, bedding, pillows, and trash cans. Each Pourri’s Holiday Spice odor eliminator spray retails for $12.99. Pumpkins aren’t just for Halloween but are also a staple of Thanksgiving and Christmas menus. Pourri’s Pumpkin Spice fragrance spray lets you experience the mellow, sweet aroma of pumpkin with a mingle of cinnamon and clove.  The nutty almond and sweet cream essence add to the fragrance, making it one complex yet enchanting odor. Each Pumpkin Spice spray retails for $12.99. This one is for all the pet owners out there who’d like their homes to smell nice. According to Pourri, Pet Pourri’s Pawsitively Fresh spray can get rid of 99% of pet odor including their pee, thanks to the company’s proprietary Funk Lock Technology which is said to neutralize unpleasant smells. Pet Pourri’s Pawsitively Fresh spray retails for $14.99 each. Last but not least, this odor-eliminating candle has notes of almonds, and an exotic coconutty aroma with hints of vanilla to give you the ultimate spa-like scent experience. Each Almond Coconut Vanilla Odor Eliminating Candle retails for $14.99 each at Amazon.