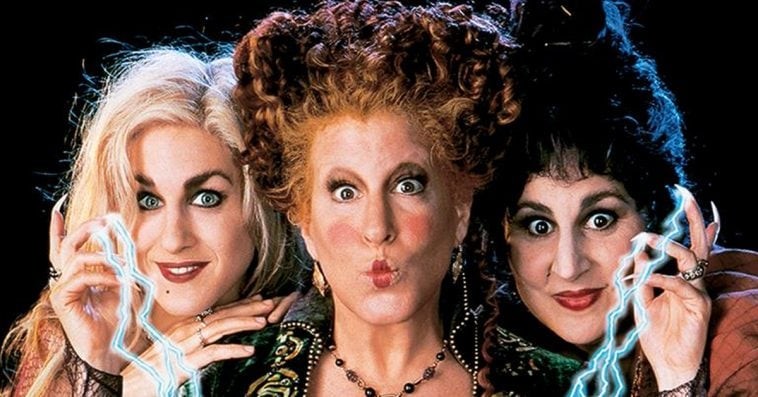 A sequel to the 1993 movie Hocus Pocus is in the works at Disney+.

Jen D’Angelo, who served as a writer and co-producer on the Comedy Central sitcom Workaholics, has been tapped to pen the script for the follow-up film, which is still in early development at Disney’s highly anticipated streaming service.

Directed by Kenny Ortega from a script by Mick Garris and Neil Cuthbert, based on a story by Garris and David Kirschner, the original Halloween comedy flick starred Bette Midler, Sarah Jessica Parker, and Kathy Najimy as a trio of witch sisters that were captured and executed in 1693 for practicing witchcraft in Salem, Massachusetts. Three hundred years later, the siblings are inadvertently resurrected by a boy whose family has moved from Los Angeles to Salem.

None of the three lead stars of the original is currently attached to the sequel, but Disney is hopeful that they will be part of the new movie in some capacity. Sources told Collider that D’Angelo has been tasked with finding a way to have Midler, Parker, and Najimy reprise their roles as Winifred, Sarah, and Mary, respectively. However, it remains unclear whether they will still be the main characters or will just appear in the sequel to introduce a new generation of witches.

In an Instagram post, D’Angelo wrote that she loves Hocus Pocus “so much,” so getting hired as the writer of the sequel is “an absolute dream” for her.

D’Angelo’s other writer-producer credits include the Fox comedy series LA to Vegas and the CBS sitcom Happy Together. She was also an associate producer on Netflix’s action-comedy Game Over, Man! and was a recurring cast member on the MTV-turned-Facebook series Loosely Exactly Nicole.