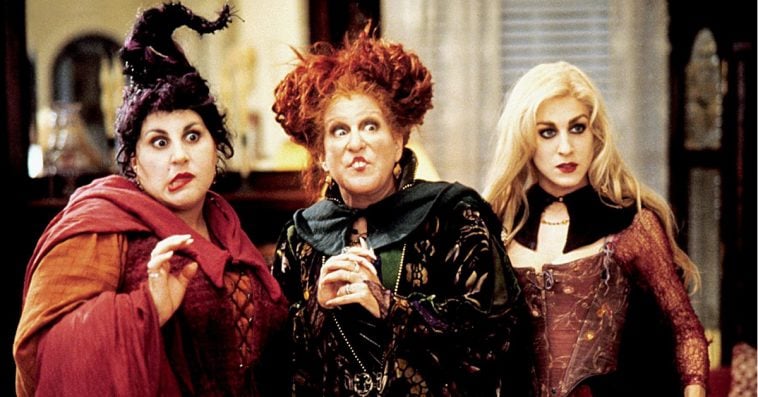 Bette Midler, Kathy Najimy, and Sarah Jessica Parker are all interested in appearing in the Hocus Pocus sequel, currently in development at Disney+.

Midler and Najimy, who played sister witches Winifred and Mary Sanderson in the original 1993 Hocus Pocus movie, have both expressed their interest in reprising their roles in the follow-up film at the former’s annual Hulaween gala in New York City last Thursday night

“Oh my goodness me. Oh, I hope they get to me before I’m a corpse,” Midler told Entertainment Tonight when asked about the recently announced sequel. “We wanna fly again. I hope Disney+ is a big success and I hope we get to do it, because [Winifred] is, of course, one of my favorite characters.”

Though nothing is set in stone yet, Midler said that she “can’t wait to read the script” and see what’s going to happen next.

While Najimy is glad that a sequel is finally happening, she’s not quite sure if Miller, Parker, and herself can do the follow-up movie together due to their busy schedules.

“Here’s the honest answer: Sarah and Bette and I all have a million projects and things that we’re into, so I don’t know if they’re gonna offer us [roles]. I don’t know if the worlds are going to collide so that we could all three do it at the same time,” said Najimy. “But I’m happy that it’s happening because the fans are really rabid and they really want it. If we’re not all available to star in it, I think it would be so great to do a cameo. I think that’d be really fun.”

Parker, who played Sarah — the third Sanderson sister — in the original film, wasn’t in attendance at the Hulaween gala. But that same night, the actress revealed on Instagram that she, Midler, and Najimy have “all said yes” to the sequel, and are now waiting for instructions on how to proceed.

Directed by Kenny Ortega from a script by Mick Garris and Neil Cuthbert, based on a story by Garris and David Kirschner, the original Halloween comedy flick tells the story of the three Sanderson sisters that were captured and executed in 1693 for practicing witchcraft in Salem, Massachusetts. Three hundred years later, the siblings are inadvertently resurrected by a boy whose family has moved from Los Angeles to Salem.

It was reported last month that Jen D’Angelo, who served as a writer and co-producer on the Comedy Central sitcom Workaholics, was tapped to pen the script for the sequel.