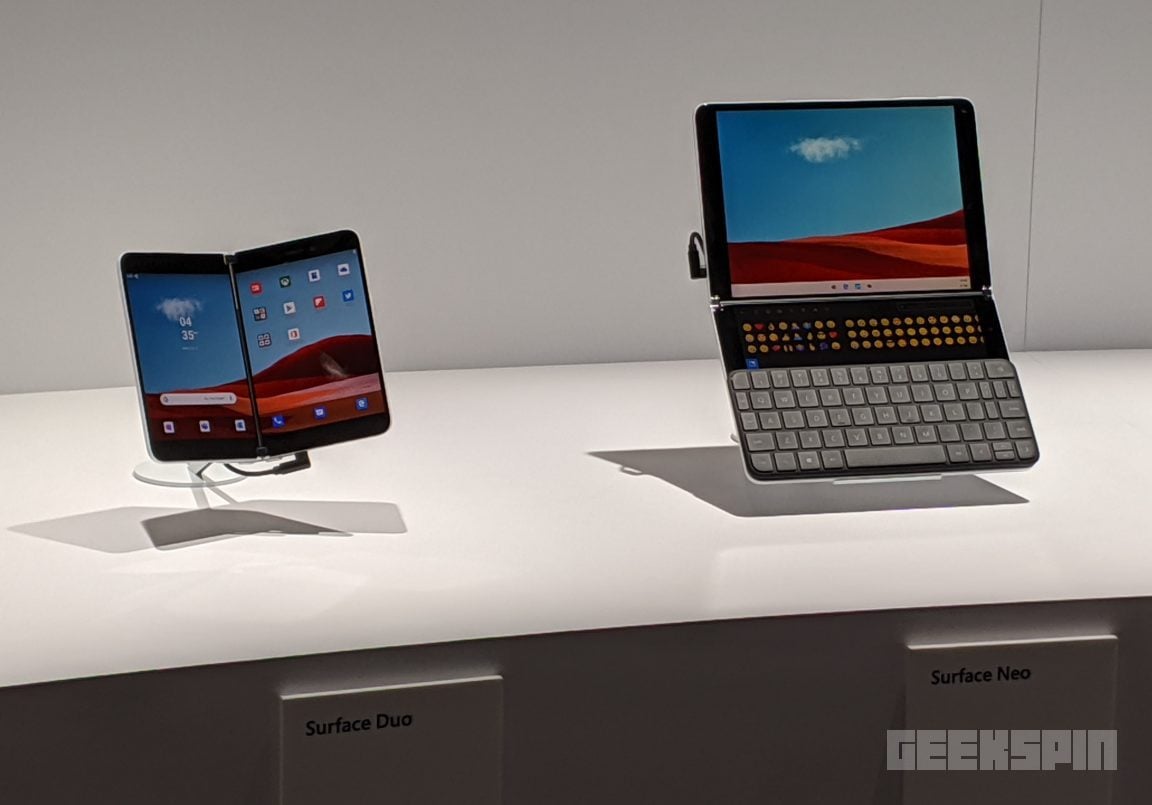 Yesterday in New York, Microsoft held its annual Surface event to announce new additions to the Surface family. Among the devices announced were not just one, but two big surprises: the Surface Neo, a dual-screen tablet, and the Surface Duo, Microsoft’s first dual-screen Android “phone”.

The Surface Neo is an Intel-powered, dual-screen device with a full 360-degree hinge. The Neo carries two 9-inch screens which, when laid out in full, provides a full 13-inch display which Microsoft claims is the thinnest in its class. The two screens allow for multitasking with the ability to open and operate multiple apps at the same time.

Different orientations will provide different user experiences as well. For example, you can edit a document on the left display while watching a video on the right. When flipped open, the Surface Neo can function as a compact laptop with the second screen providing a virtual keyboard and trackpad. However, a physical keyboard will be included with the Surface Neo too. The Surface Neo is also compatible with the Surface Pen and it will be capable of magnetic charging.

The Surface Duo on the other hand, is Microsoft’s first foldable dual-screen Android device. With two 5.6 inch screens that are just 4.8mm thick, it’s an easily pocketable device. When opened, it provides a full 8.3-inch screen. It runs on a newly launched, Android-based OS called Windows 10X. This is not an upgrade from Windows 10 but a totally new OS meant to run on dual-screen devices. Windows 10X marries the best features of Windows 10 and Android to provide a new but familiar mobile OS experience. Microsoft boasts that it has no learning curve and can easily be used. According to Windows Central, the Surface Duo is currently powered by a Snapdragon 855 but this may be changed once the device is officially launched.

We spoke to the Surface team at the event and asked them why they decided on launching two devices with two different operating systems. They explained to us that their research found that people have different expectations based on screen sizes, and that when you get to smaller devices, the expectation changes and mobile apps become increasingly important, which is why they chose to go with Android for the Surface Duo.

Both folding Surface devices’ exact specifications have not been released yet but Microsoft does say that they will both be available by the 2020 holiday season.