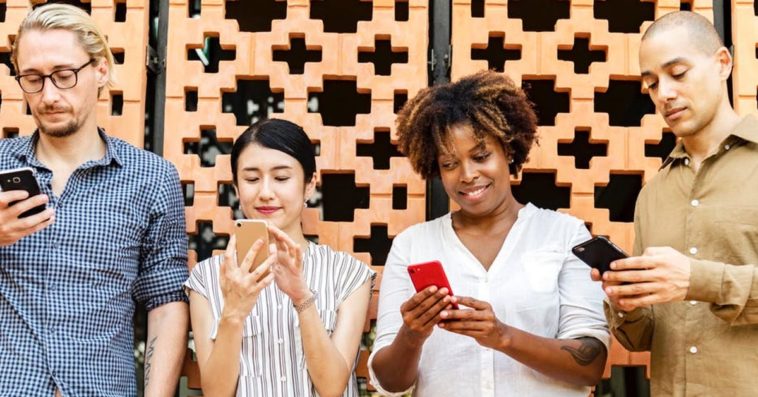 Internet has become an integral part of our everyday life. We use it for work, school, entertainment, connecting with friends, shopping, and more. But have you ever wondered which nations across the globe are dependent on the Internet the most?

After analyzing the total number of free wifi spots, the number of mobile subscriptions per person, and the percentage of the population who use the Internet in every country, leading price comparison website Compare the Market came up with a list of the 15 most Internet-addicted countries in the world.

Taking the No. 1 spot is the United States. According to the study, 76% of the U.S. population uses the Internet. The country also has an average of 1.23 mobile subscriptions per person and over half a million free Wi-Fi locations.

Next in the ranking is Brazil. The South American country has the highest number of free Wi-Fi locations with 559,490 in total — that’s almost 40,000 more than the U.S.  Gisele Bündchen’s home country has an average of 1.18 mobile subscriptions per person, and 61% of its total population uses the Internet. Following Brazil in the list are Macao, Russia, and United Arab Emirates.

The graph below shows the other countries included in the 15 most Internet-obsessed nations across the globe. 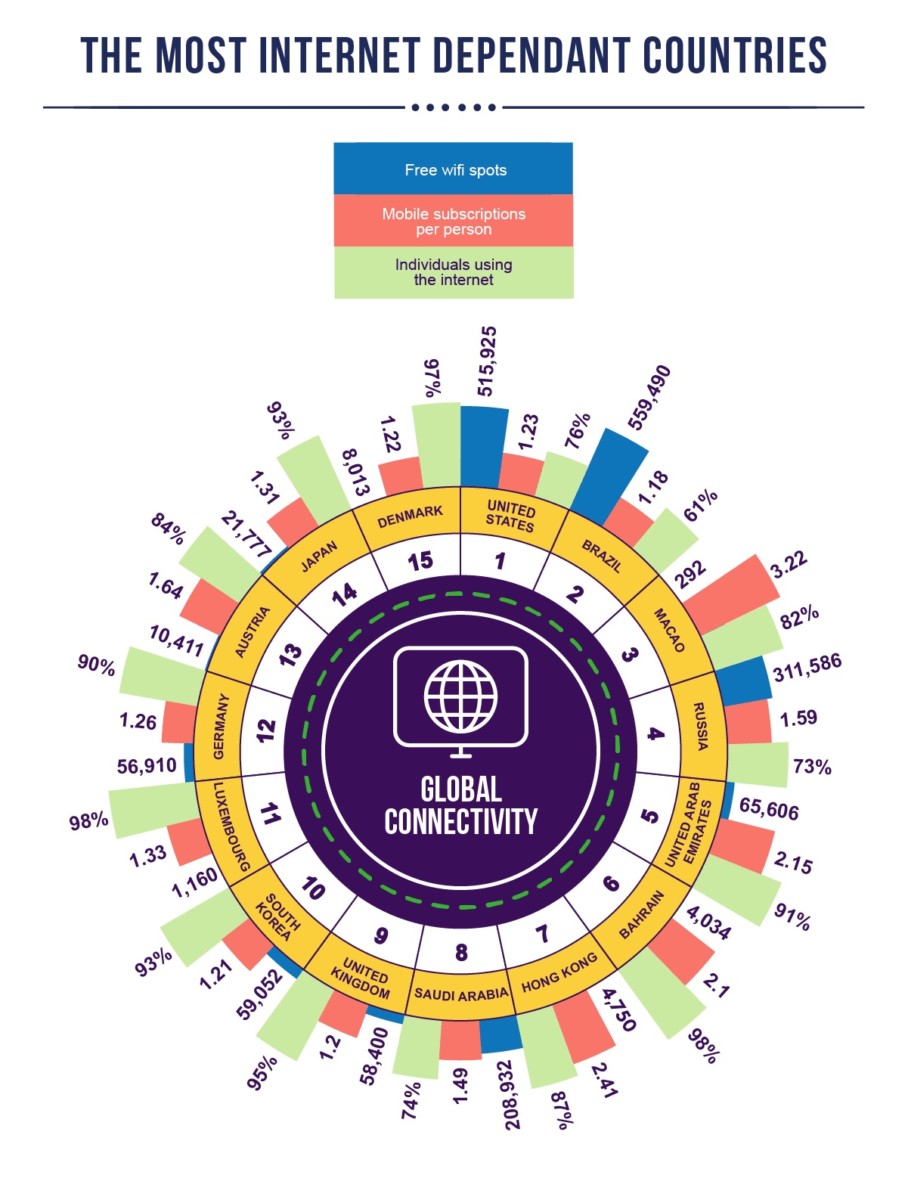 As also seen in the graph, Bahrain and Luxembourg share the top spot for having the highest percent of digital users. Ninety-eight percent of their populations use the Internet regularly. The runners-up in this category are Denmark (97%), United Kingdom (95%), Japan (93%), South Korea (93%) and United Arab Emirates (91%).