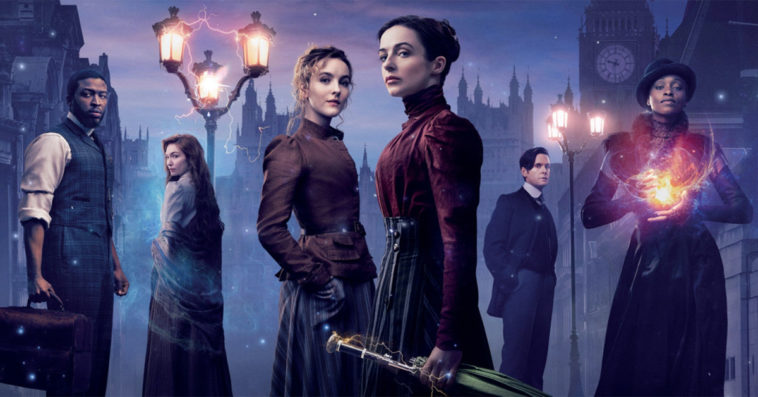 HBO’s sci-fi Victorian drama The Nevers just ended the first half of its first-season run last weekend, and while the second half of its freshman run is still in pre-production with new showrunner Philippa Goslett hard at work on scripts, a lot of fans have started to wonder whether the show has already been renewed for season 2.

A second season of The Nevers isn’t confirmed yet, but there are reasons to believe that HBO will eventually order another season of the Joss Whedon-created series. While the traditional ratings of the first part of season 1 are okay (Part 1 averaged a 0.09 rating in the 18-49 demographic and 528,000 viewers), the series is reportedly doing well in delayed viewing and streaming on HBO Max, making a season 2 renewal highly likely.

However, recent accusations of workplace harassment against Whedon on his prior projects like Justice League and Buffy the Vampire Slayer may still affect the fate of The Nevers even though Whedon had already stepped down as showrunner and even though HBO president Casey Bloys had previously mentioned that the network “had no complaints or no reports of inappropriate behavior” regarding Whedon on The Nevers.

While The Nevers season 2 is still up in the air, fans have season 1’s six-episode part 2 to look forward to.  They, however, should keep their patience, as HBO confirmed to Bustle via email that it doesn’t anticipate getting the show back on the air until 2022.

The Nevers part 1 ended with the revelation that the Galanthi are actually super-powered alien race whose appearance in the future set off an intergalactic civil war. The midseason finale also revealed that a “Stripe” named Zephyr (Claudia Black) committed suicide while trying to help free one of the last Galanthi. For some reason, the said Galanthi took Zephyr’s spirit with it back in time and placed it in the body of another woman, who happens to be, Amalia “Molly” True (Laura Donnelly). After tracking down the Galanthi in Victorian London, Amalia got a glimpse of a dangerous future and the warning that someone else traveled with the Galanthi.

While plot details on part 2 of season 1 are being kept under wraps, it’s likely that it will mainly revolve around the mysterious being that traveled with the Galanthi to Victorian London.

In an interview with Decider, series star Ann Skelly revealed that fans will also know more about her character, Penance, in part 2. “I know that there are plans to expand on Penance’s world, from [episodes] 7 ’til 12,” said the actress. “We’ll get to know a bit more about her, and hopefully outside of maybe the orphanage.”