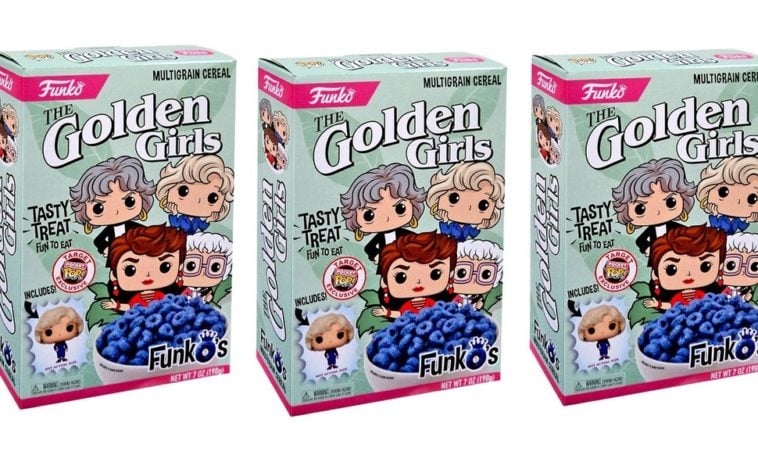 Not too long ago, we reported on these collectible “Golden Girls” action figures. Shortly thereafter, we learned of an upcoming cookbook inspired by the Girls’ classic show. Now, sources say there’s a Golden Girls-themed cereal available!

The blue-colored, Fruit Loop-shaped multi-grain, which first popped up at the end of September, is produced by Funko. And according to a company rep, the limited-edition cereal is only available through Target.

After you get over the fact that you’re paying $8.00 for a box of cereal, perhaps you can find solace in that fact that each box comes with a Golden Girls-themed toy.

The company boasts that the boxes are flying off the shelves. What’s more, Funko says once they’re gone, there’s no plan to release more. This announcement has led to a rapid rise in value. Resellers are already appearing on eBay with offers exceeding $30 (including shipping) per box!