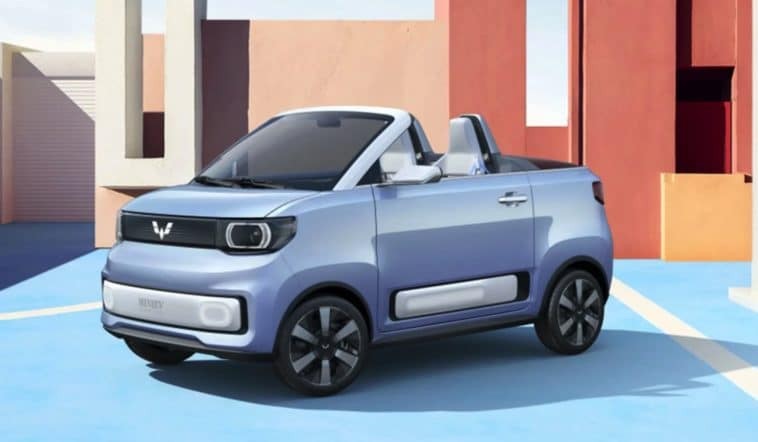 Chinese automaker SAIC-GM-Wuling is the company behind China’s best-selling electric car, the Wuling Hong Guang Mini EV. And due to its success, the company has begun expanding starting with the Hong Guang MINI EV Macaron introduced just this month. The Macaron became quite popular thanks to the unique and cute pastel colors it offered.

Now, the company has just revealed another addition to the family, this time in the form of a convertible. The company, which is actually partially owned by American car manufacturer General Motors, introduced the Hong Guang Mini EV Cabrio just one week shy of the Shanghai Motor Show and already has plans to start production by next year.

The Cabrio follows in the blueprints of Wuling’s recent releases by offering a tiny EV that’s just 115 inches long from bumper to back. That’s even smaller than the smallest car sold in the US, the Fiat 500. It will be a soft-top convertible and can ideally sit two people and a bit of cargo. It has a 27-horsepower electric motor at its heart which allows it a top speed of 62 miles an hour and can last up to 105 miles on a single charge.