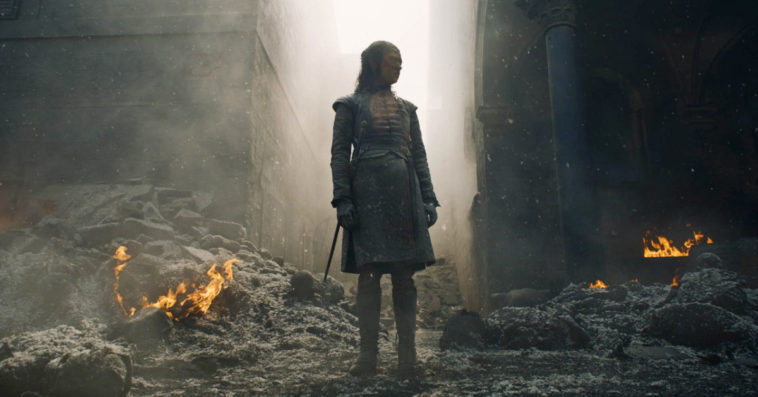 HBO has unveiled the promo photos for the series finale of Game of Thrones. But unlike previous photo releases for the past episodes of Season 8, the network only released two pictures for the final episode of the fantasy drama.

The first photo shows Daenerys (Emilia Clarke) standing in front of her remaining army of Unsullied, Dothraki, and Northmen. The picture also displays the scope and gravity of the destruction she caused on King’s Landing, which also killed thousands of innocent people. Since Daenerys’ face is not seen in the photo, it’s unclear whether the Mother of Dragon feels guilty for what she has done. 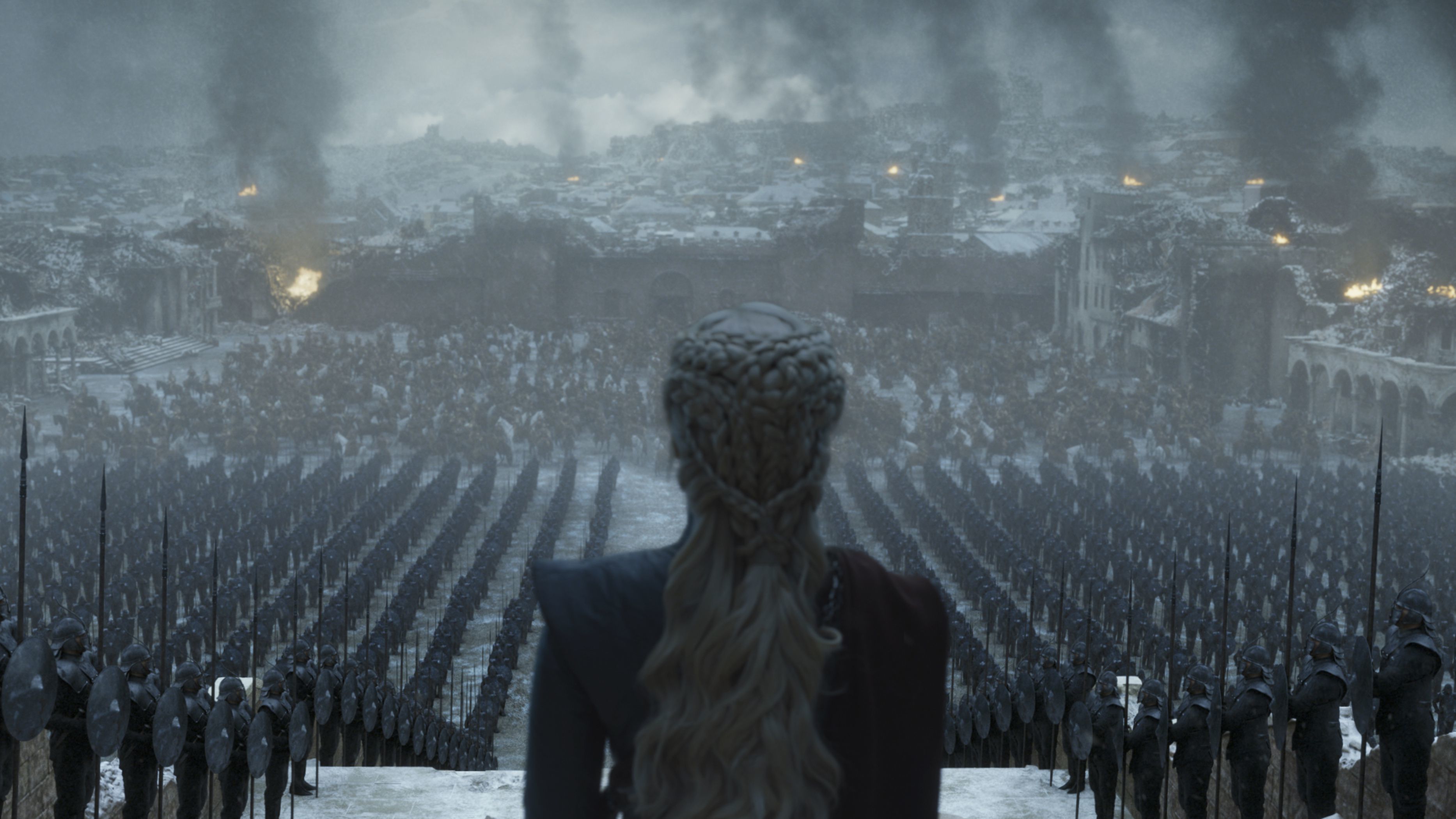 But based on the second promo photo which features Tyrion (Peter Dinklage) looking deeply worried about what would happen next, it seems that Daenerys is not sorry for transforming herself into the “mad queen”. 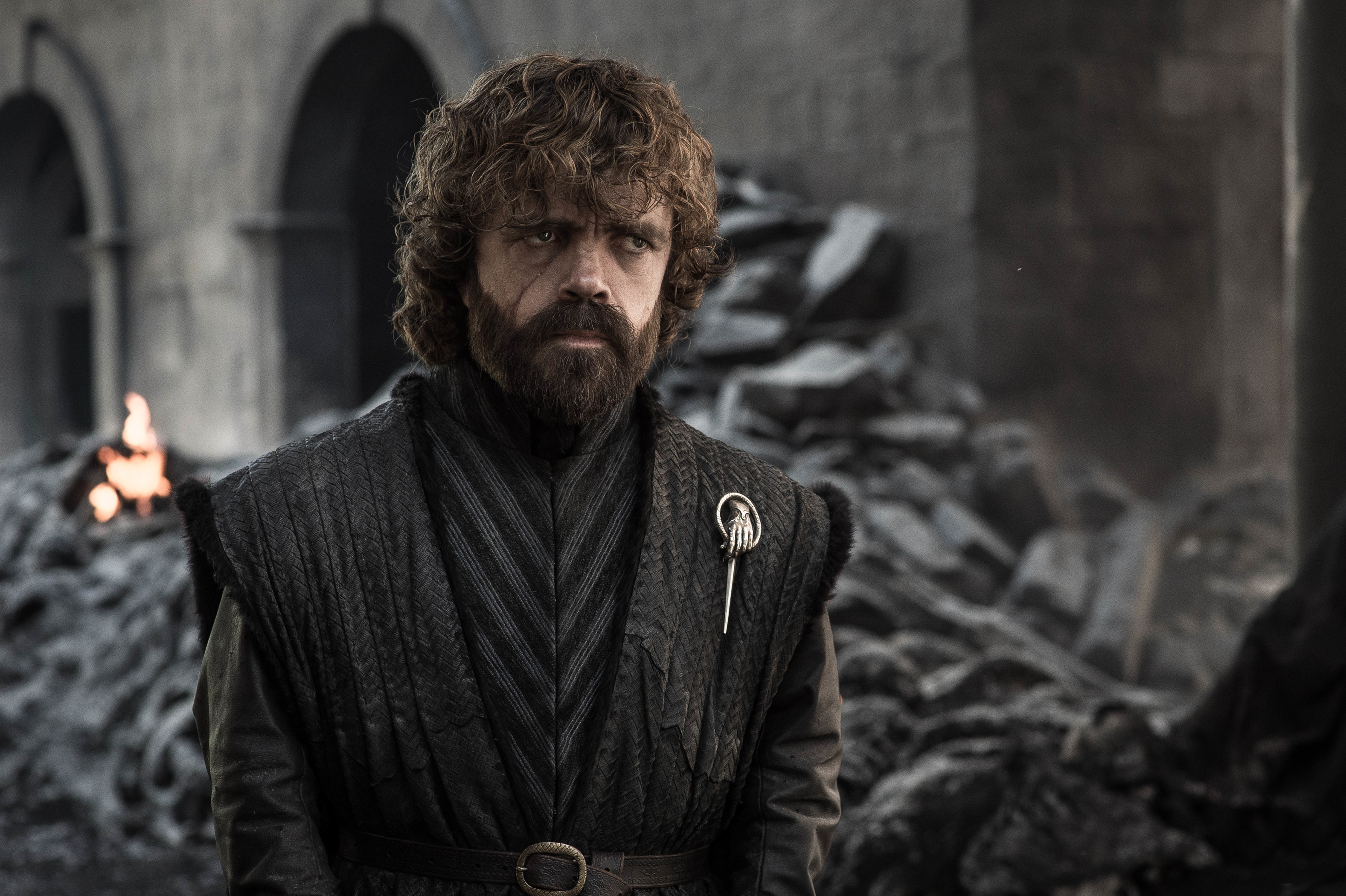 While both photos don’t really give any hints at how the show would conclude, the trailer for the episode doesn’t give much either. The 30-second clip opens with a heavy-hearted Jon (Kit Harington) and Ser Davos (Liam Cunningham) walking through the ruins in the city, followed by a shot of Tyrion looking very problematic.

Then there’s a couple of shots featuring Arya (Maisie Williams), revealing that she hasn’t actually left King’s Landing despite running away on that white horse at the end of the penultimate episode.

The bleak video ends with Daenerys ominously walking towards her army to seemingly make her first statement after almost wiping King’s Landing off the map.

Though the promo photos and the trailer both look depressing and show no sign of a happy ending, a lot of things can still happen in the 80-minute finale. Perhaps Sansa (Sophie Turner) Bran (Isaac Hempstead Wright), and Brienne (Gwendoline Christie), who all didn’t appear in the last episode, can turn things upside down in ways no one expects.