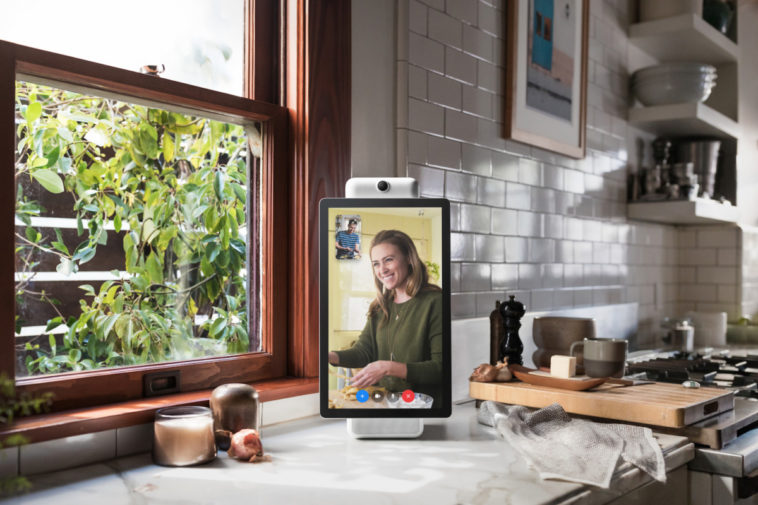 Facebook is jumping into the smart display market with two new displays dubbed Portal and Portal+.

The base model Portal will feature a 10-inch (1280 x 800) touchscreen, front-facing camera, and a speaker positioned at the bottom edge of the device. The top-of-the-range Portal+ features a much larger 15-inch (1920 x 1080) display, front-facing camera, and a more powerful speaker system consisting of two ‘high-range frequency’ tweeters and a sizable 4-inch subwoofer.

What’s more, both displays feature Facebook’s all-new ’Smart’ suite of AI technology that allows the various A/V components to “minimize background noise,” as well as “keep you in-frame while you video chat,” touts the company.

Further, it appears Facebook will attempt to introduce its own AI assistant, which is aptly called ‘Portal’. Nevertheless, in an attempt to broaden the appeal of the devices, the company says customers can expect to see Alexa integration as well.

While these smart displays are primarily designed to make voice calls through Facebook Messenger, the company says they’ve partnered with Spotify and iHeartRadio to add music streaming to its list of abilities. On the streaming video front, the tech giant says customers will have access to Food Network, Newsy, and Facebook Watch.

In an effort to curb security concerns, Facebook says Portal and Portal+ users have the ability to disable the microphone and camera. And for added comfort, the company plans to include a physical camera cover – and has expressly stated that each call is encrypted and they promise not to “listen to, view, or keep” your private conversations.