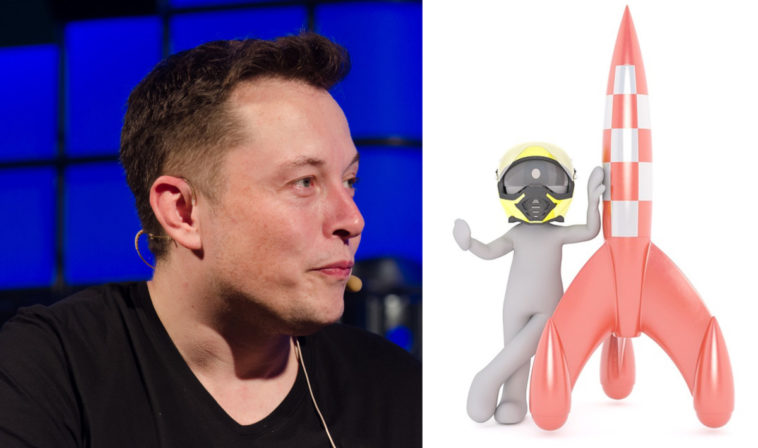 Billionaire Elon Musk of Space X, Tesla, and PayPal has built a miniature submarine in an effort to help rescue the trapped Thai soccer team.

According to Musk, with “feedback from Thailand,” he and his Space X engineers have designed a kid-size submarine to aid in the dire rescue attempt. The MacGyver-inspired submersible has been constructed from one of the company’s Falcon 9 liquid oxygen tubes. As touted by Musk on Twitter, this mini-sub is, “light enough to be carried by two divers, small enough to get through narrow gaps.”

Space X’s rocket engineers took great care in designing the company’s first submarine. The converted oxygen tube has been outfitted with guiding handles and air tank connections, two for the front as well as two more on the rear. In addition, there are also segmented compartments that allow rescuers to adjust the sub’s buoyancy.

It’s not yet clear if the Thai government is actually planning to use the makeshift submarine or not. At the time this article has been published, 8 of the 12 boys have been rescued. Just over two weeks ago, the boys, ages 11 to 16 and their coach became cornered after monsoon rains flooded their exit route.

An international assemblage of specialist divers, including five from Thailand’s Navy SEALs, have been tasked with successfully completing the mission. Regardless of the rescue team’s current strategy, Elon Musk says he plans to send the submarine anyway because, “even if not useful here, perhaps it will be in a future situation.”

Will do. Even if not useful here, perhaps it will be in a future situation.

Reportedly, the Thai government said that Musk and his engineers, “could help the rescue operation with location tracking, water pumping or battery power.” In addition to putting the submarine on the 17-hour flight to Thailand, the billionaire is also sending a group of engineers from Space X and his other venture known as ‘The Boring Company’. Interestingly, The Boring Company – founded by Elon in 2016 – is a tunnel construction company.

READ  Space X is booking private trips to the moon

We’ve yet to see exactly how helpful Musk, his submarine, and his engineering team prove to be. Nevertheless, as oxygen levels continue to dwindle, the rescuers are sure to accept every helping hand that’s extended.