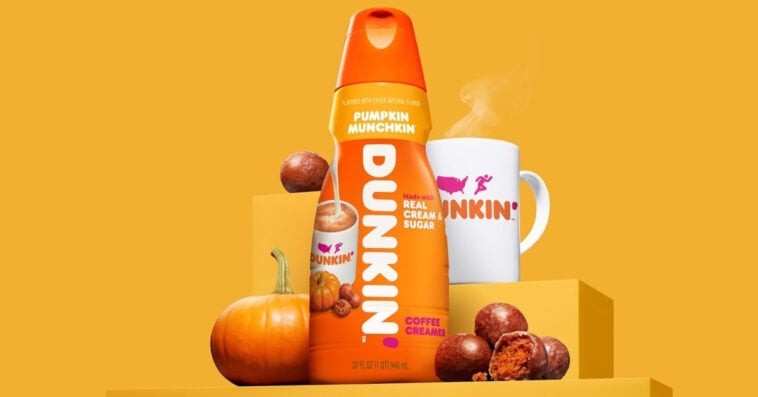 Dunkin’ has expanded its at-home product offerings with a Pumpkin Munchkin-flavored coffee creamer.

Launched on Thursday, the Dunkin’ Pumpkin Coffee Creamer is an all-new creamer from the beloved brand that features a pumpkin-forward flavor with hints of sweet donut glaze and natural spices that anyone can enjoy from the comfort of their home.

In an effort to bring the taste of the fan-favorite Dunkin’ Pumpkin Munchkins Donut Hole Treats to homes and office kitchens in a drinkable form, the coffeehouse and donut chain has partnered with food corporation Danone to transform the bite-sized pumpkin-flavored treats into a delicious coffee creamer. 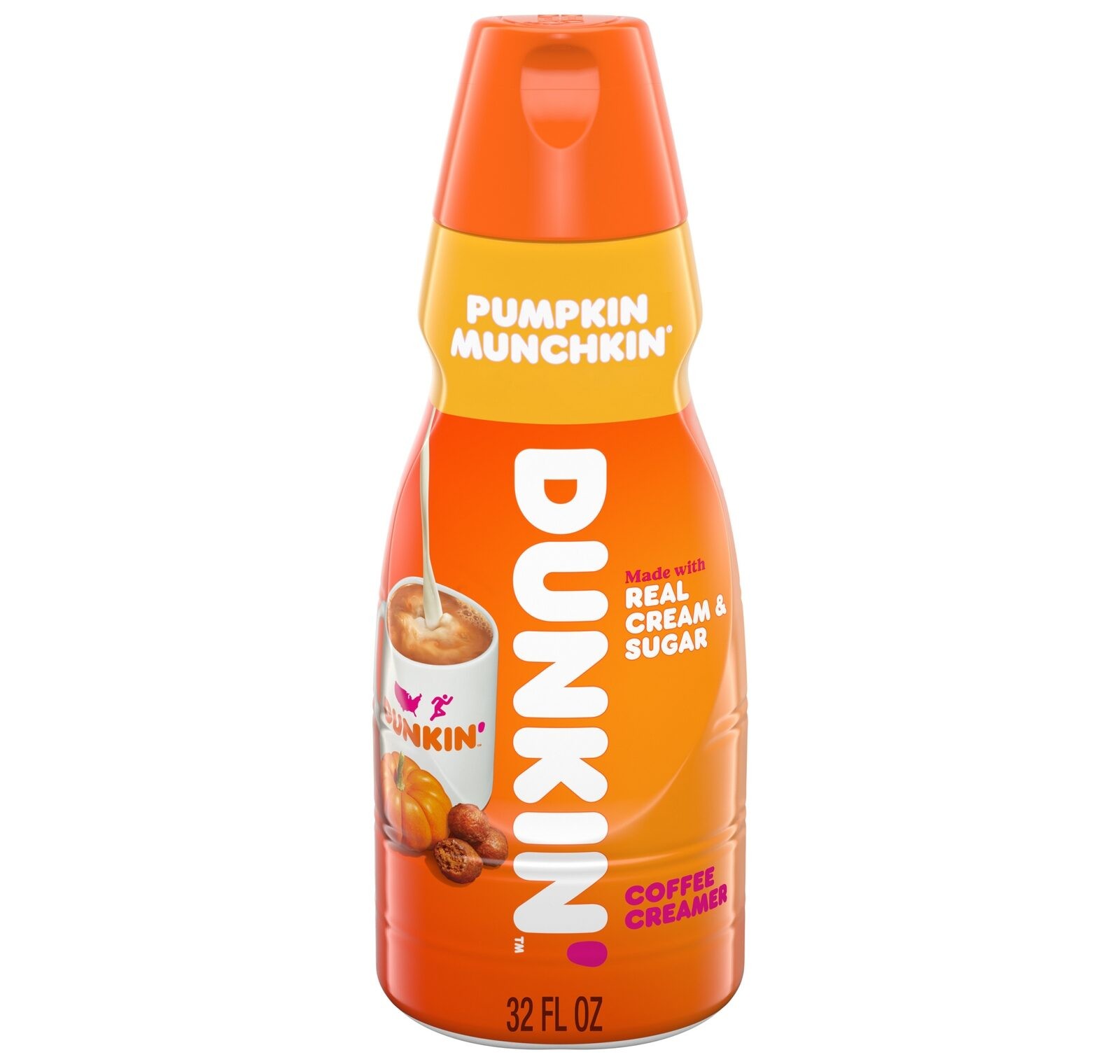 “People who run on Dunkin’ want the option to do so at any time. With the rise in popularity of at-home coffee creations, we’re excited to give Dunkin’ fans the opportunity to create their own pumpkin-forward coffee beverages in their own homes,” said Kallie Goodwin, vice president of traditional creamers for Danone, in a press release. “This limited-edition creamer transforms Dunkin’s beloved seasonal bakery item into a coffee creamer packed with flavor that consumers will love to enjoy at home. It’s reminiscent of the cozy fall season and we’re excited to bring a Dunkin’ flavor inspired by a huge fan favorite to fridges nationwide.”

Brian Gilbert, vice president of retail business development for Dunkin’, added: “Dunkin’ always has an extensive menu featuring pumpkin flavored treats, and this season, people who run on Dunkin’ now have a chance to bring the taste of fall into their kitchens with the arrival of the Dunkin’ Pumpkin Munchkin Creamer. With the debut of this new creamer, we’re giving fall fanatics the taste of coffee and donuts at once with a delicious pumpkin-forward coffee creamer inspired by Dunkin’ Pumpkin Munchkins Donut Hole Treats.”

How much is Dunkin’ Pumpkin Munchkin Coffee Creamer?

Now available in 32 oz. bottles at major retailers across the United States, the Dunkin’ Pumpkin Munchkin Coffee Creamer has a suggested retail price of $3.99.

As mentioned above, the new coffee creamer is a limited-edition, seasonal offering, so be sure to try it out before it disappears on store shelves.