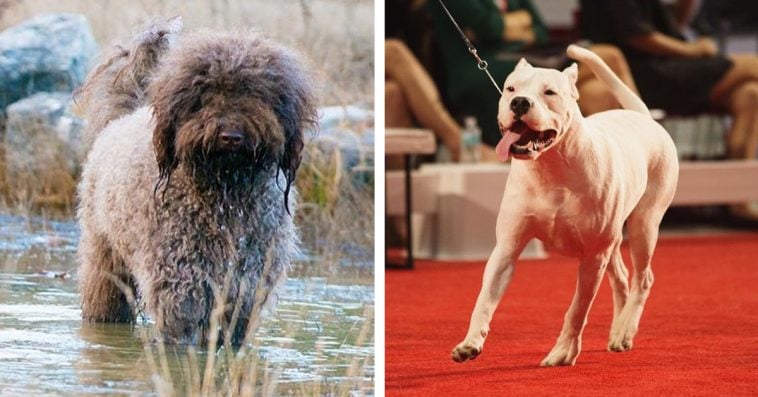 Barbet and Dogo Argentino are the newest dog breeds to receive full recognition from the American Kennel Club (AKC).

The AKC, the world’s largest purebred dog registry, announced on Tuesday that it added Barbet and Dogo Argentino to its official list of recognized breeds.

The Barbet is a medium-sized water dog that was originally used to hunt waterfowl in its native country of France. Joining the Sporting group, Barbet is described as a smart, even-tempered dog with a happy, friendly nature. Loyal and loves to be near its owners, Barbet has a moderate activity level, requiring physical and mental stimulation daily. The breed also needs regular trimming to keep its thick and curly coat neat.

No, this isn't a Spanish Water Dog or a Portuguese Water Dog or a Lagotto Rogmagnolo or even a "doodle". Meet the newest breed to join the AKC… the Barbet (pronounced bar-bay)! They're athletic and versatile and great for families. Tap the link in bio to learn more about this newly recognized AKC breed. #ThisIsAKC #dogsofinstagram #barbet #barbetpuppy #barbetsofinstagram #sportingdog #gundog #doodle #pwd #lagotto #spanishwaterdog

Meanwhile, Dogo Argentino, is a hunting dog from Argentina. Joining the Working group, the breed was originally developed to hunt large animals such as boars and mountain lions. Though Dogo Argentinos are confident, courageous, loyal and affectionate with their family, they aren’t suitable for inexperienced dog owners, as these dogs have strong guarding instincts and tend to be very protective and territorial.

Being the powerful, athletic working dogs that they are, Dogo Argentinos need a great deal of daily exercise and frequent interaction with people. Their short, smooth coat also requires weekly brushing, and because they are color white, they can easily get sunburned.

Behold, the majestic Dogo Argentino! Though developed in the early 20th century, 2020 marks the first year that the breed can compete in AKC all-breed shows as an officially recognized breed. Tap the link in bio to learn more about this newly recognized AKC breed. #ThisIsAKC #dogsofinstagram #dogoargentino #dogo #dogosofinstagram #dogoargentinoworld #dogo #argentinodogo

With the addition of Barbet and Dogo Argentino to the list, the number of AKC-recognized breeds is now 195.

“We’re happy to have the Barbet and Dogo Argentino as part of AKC’s family of recognized breeds,” said Gina DiNardo, AKC Executive Secretary, in a statement. “Both are unique, offering dog lovers very different choices. As always, we encourage people to do their research to find the best breed for their lifestyle when looking to add a dog to their home.”

According to AKC, a breed must have a minimum of 300 to 400 dogs in at least 20 states to be recognized by the group.  An established breed club, consisting of owners and breeders, behind the dog is also a requirement.

After meeting those two prerequisites, the breed can then be eligible to compete in the Miscellaneous Class, where dogs typically spend upwards of three years. From there, the breed can get recognized officially, allowing them to take part in AKC events and affiliated clubs.