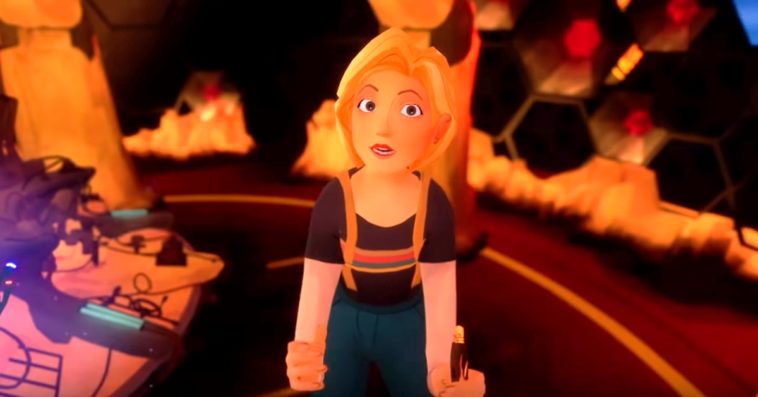 The first trailer for Doctor Who’s virtual reality (VR) special titled The Runaway has finally arrived. Though it doesn’t specify how exactly the immersive experience will be interactive, the 30-second clip promises an intense and exciting adventure with the Doctor (Jodie Whittaker) herself.

The teaser starts with the Doctor introducing herself to the viewer. The encounter is short and sweet as the Doctor has to focus her attention to the TARDIS’ console room, which seems to be malfunctioning due to a series of mysterious attacks.

“They hold down and destroy anyone or anything that threatens the stability of the universe,” the Doctor vaguely says, before struggling to control the TARDIS. The video ends with the Doctor trying her very best to clutch on to the console as a black hole-like energy is attempting to suck her in.

To give fans a little context to the teaser, BBC has also released the synopsis for the animated short: “You’ve been in a collision. You wake inside the TARDIS. The Doctor introduces you to the person, or thing, you collided with. He’s a strange and magnificent ball of living energy called Volta. Part surly teenager, part bomb, Volta is very unstable. In fact, he’s primed to explode. Big time. Unless he can be returned to his home planet, sharpish. The problem is, a squad of galactic busybodies has other plans for Volta. Bad ones. Drawn into a frantic chase, you become the Doctor’s unlikely assistant as she races against time to get Volta home to his parents. Armed with a sonic screwdriver, it is down to you to help the Doctor as she faces the forces of evil, and teenage angst, in this animated 13-minute VR adventure from the team behind Doctor Who Series 11.”

The film will also feature new original music from series composer Segun Akinola and will premiere during the Tribeca Film Festival in New York City, which will run from April 24th to May 5th. The movie will then be made available on selected VR headsets in the coming months.