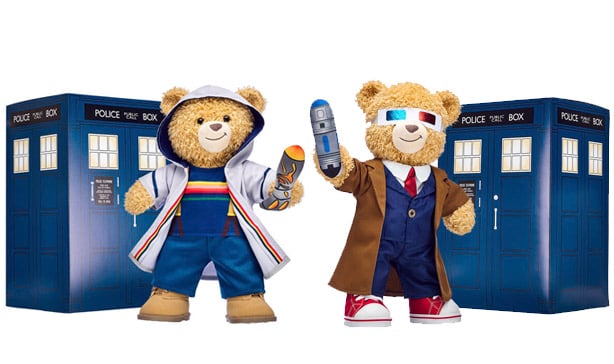 Build-A-Bear is back with another collaboration and this time it’s with the Doctor Who franchise to give you new timey-wimey teddy bears.

Doctor Who is the longest-running science fiction series to date. This was made possible due to the ability of the main character, the Doctor, to regenerate if he or she dies. This regeneration allowed the show to cast a variety of actors as the Doctor for each regeneration. First premiered in 1963 its currently on its 12th season and stars Jodie Whittaker as the thirteenth and first female Doctor.

COMING SOON! Our newest furry friend is currently in another dimension but will be making its long-awaited Build-A-Bear debut very soon! Check back soon for the full reveal. pic.twitter.com/lBEiWuDC9R

Build-A-Bear celebrates Doctor Who’s latest season with a teddy bear based on Jodie Whittaker’s Doctor. The teddy bear wears Whittaker’s costume on the show which consists of a striped shirt, suspenders, and a coat. The company also teased a bear based on one of the popular Doctors in the past, David Tennant’s Tenth Doctor, wearing his signature pinstripe suit, red sneakers, tan coat, and removable 3D glasses.

For an additional nice touch, Build-A-Bear is giving the bears TARDIS blue paws. They will also have the Doctor Who logo on one foot and a TARDIS graphic on the other. And no Doctor is complete without their Sonic Screwdriver and TARDIS, which Build-A-Bear will also offer separately.

There’s no word yet if any other Doctor will be added to the lineup. The Doctor Who bears are now available at Build-A-Bear in the UK and will launch in the US later this month.