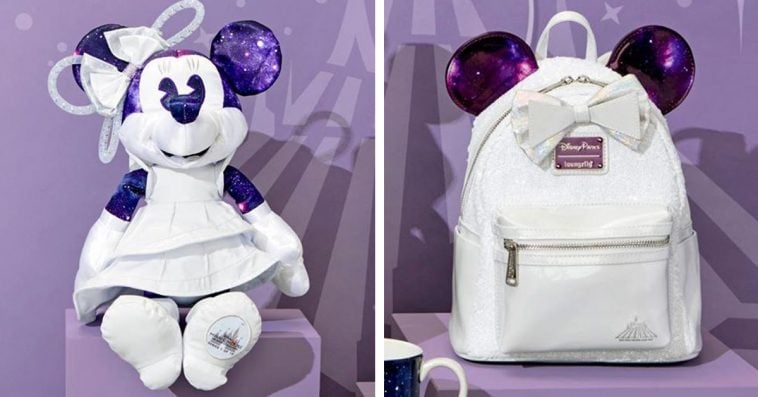 Disney is kicking off the New Year with a new monthly collectible series called Minnie Mouse: The Main Attraction.

A new collection from the series will be released on the third Saturday of each month throughout 2020, starting with the January 18th launch of the Space Mountain collection that celebrates the 45th anniversary of the iconic attraction at Walt Disney World Resort.

To give fans an idea on what the coming months will bring, Disney unveiled the graphic art below.

Based on the teaser, here’s what the schedule should be:

In addition to the Space Mountain collection, also launching on January 18th is Minnie Mouse: The Main Attraction’s collector pin portfolio that comes with a logo starter pin.

Meanwhile, ahead of the Minnie Mouse: The Main Attraction launch, Disney is releasing a limited-edition Main Street Minnie figure on January 11th.