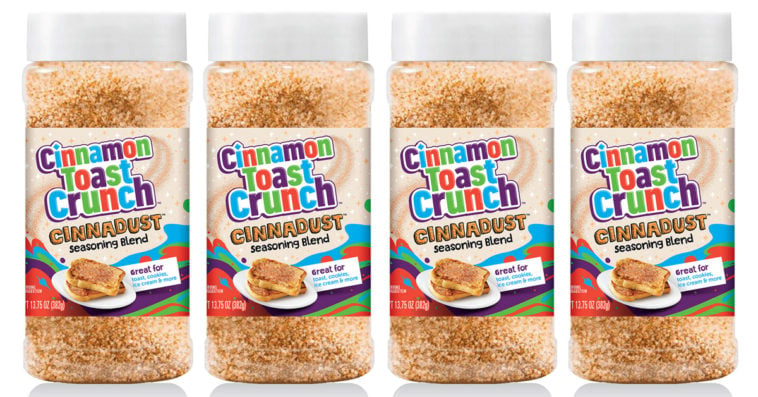 Called Cinnadust, the new product offering has a taste similar to the spice mix that gives Cinnamon Toast Crunch cereal its defining flavor. According to a statement from the New Jersey-based company, Cinnadust is a blend of cinnamon and sugar with some sweet notes of vanilla and graham. 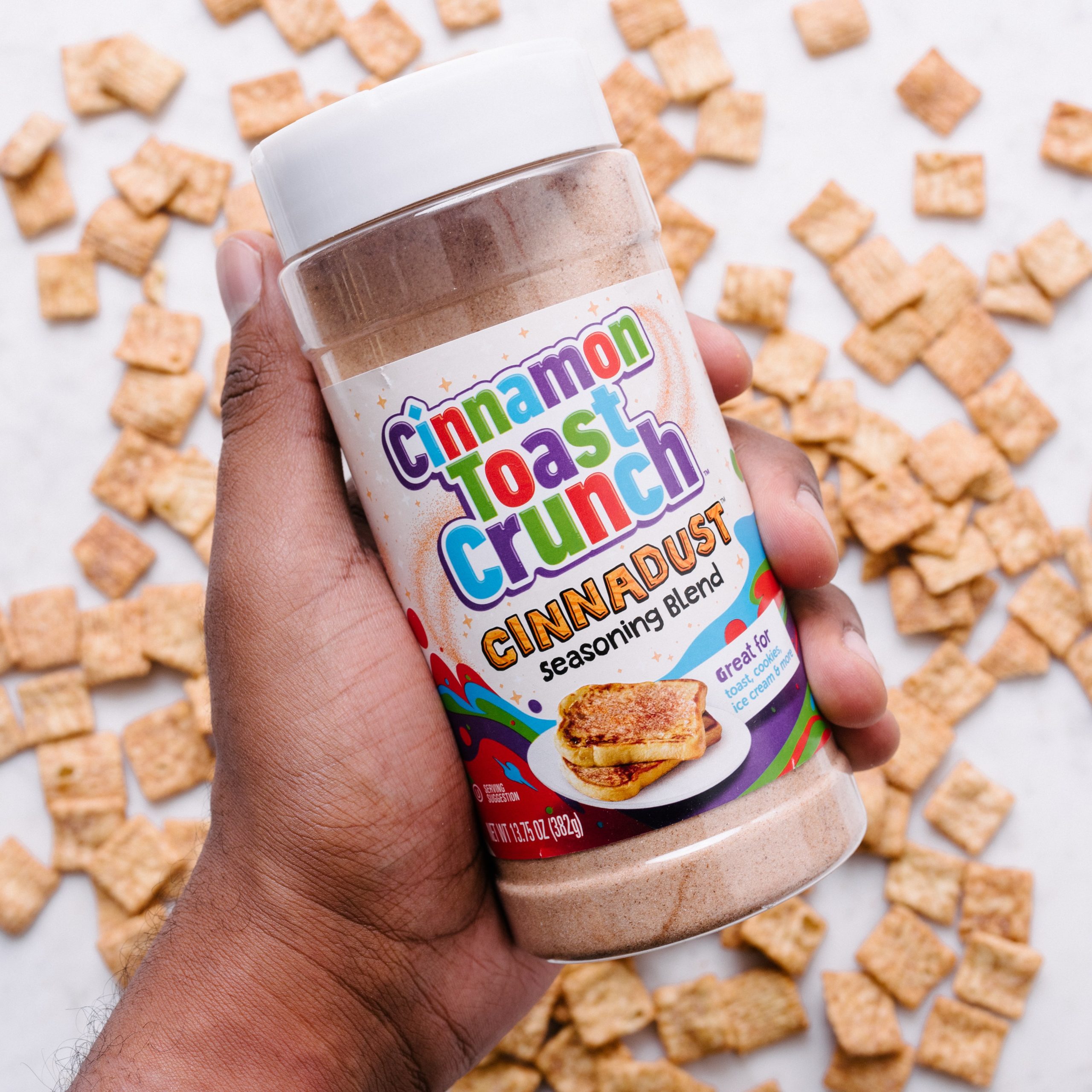 First unveiled on social media, Cinnamon Toast Crunch called Cinnadust “the seasoning you never knew you needed.” While the blend’s 13.75-ounce bottle says it’s “great” for breakfast toast, cookies, and ice cream, the possibilities for Cinnadust are actually endless. It can be put on coffee, milkshakes, popcorn, sweet potatoes, and all sorts of baked goods and desserts. It can also be sprinkled on a bowl of Cinnamon Toast Crunch cereal for a stronger cinnamon punch.

Priced at $5.48 per bottle, the Cinnamon Toast Crunch Cinnadust will be exclusively available at Sam’s Club starting September 1st. Sadly, people who are not members of Sam’s Club will have to wait a little longer to pick up a bottle, as it won’t be available at other U.S. retail stores and online retailers until early 2021.