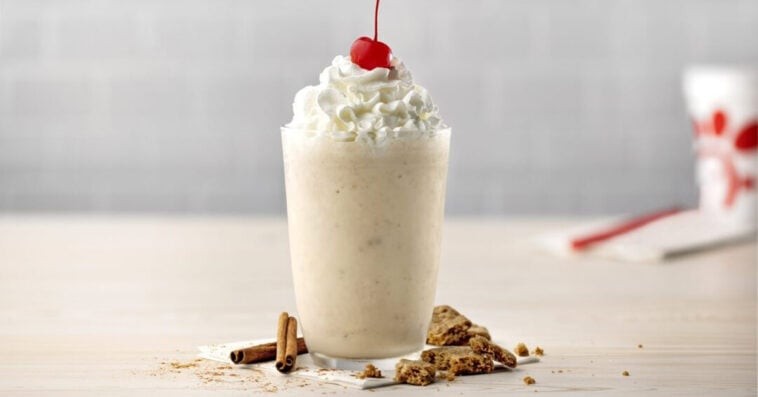 Chick-fil-A doesn’t update its menu as frequently as other fast-food chains. But it appears that the company worked double time in the past few months to welcome the fall season with new menu items for its loyal and casual customers. Below are the chain’s four latest offerings you should try the next time you visit one of its restaurants. 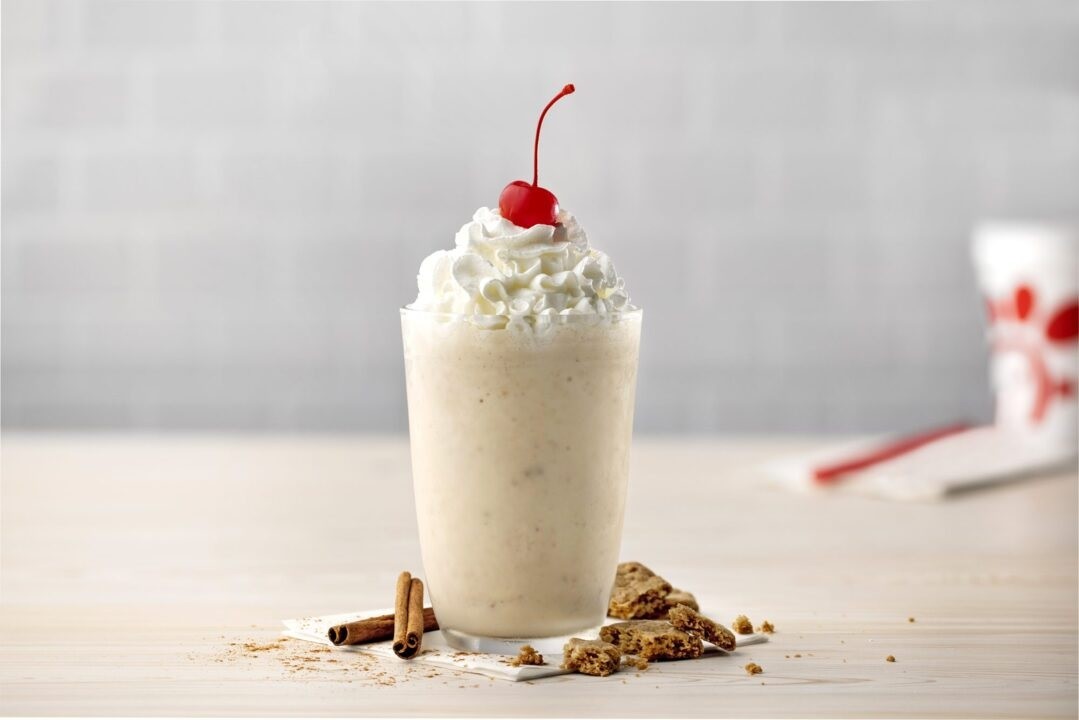 The Autumn Spice Milkshake is Chick-fil-A’s first new milkshake flavor available chainwide in four years. Made with Chick-fil-A Icedream dessert, this hand-spun beverage features a mix of rich flavors like cinnamon with crunchy bits of brown sugar cookies, as well as whipped cream and a cherry on top.

“Guests love our milkshakes, especially our seasonal flavors, so we are excited to introduce the perfect treat to welcome the fall season,” said Leslie Neslage, director of menu and packaging at Chick-fil-A, in a press release last week. “We tested the Autumn Spice Milkshake last October in Salt Lake City, and we received an overwhelming amount of positive feedback which inspired our decision to launch this new milkshake nationwide. We’re eager for our Chick-fil-A milkshake enthusiasts to try the Autumn Spice Milkshake this fall!”

The limited-time milkshake is available at all Chick-fil-A locations across the U.S. through November 12th, while supplies last. 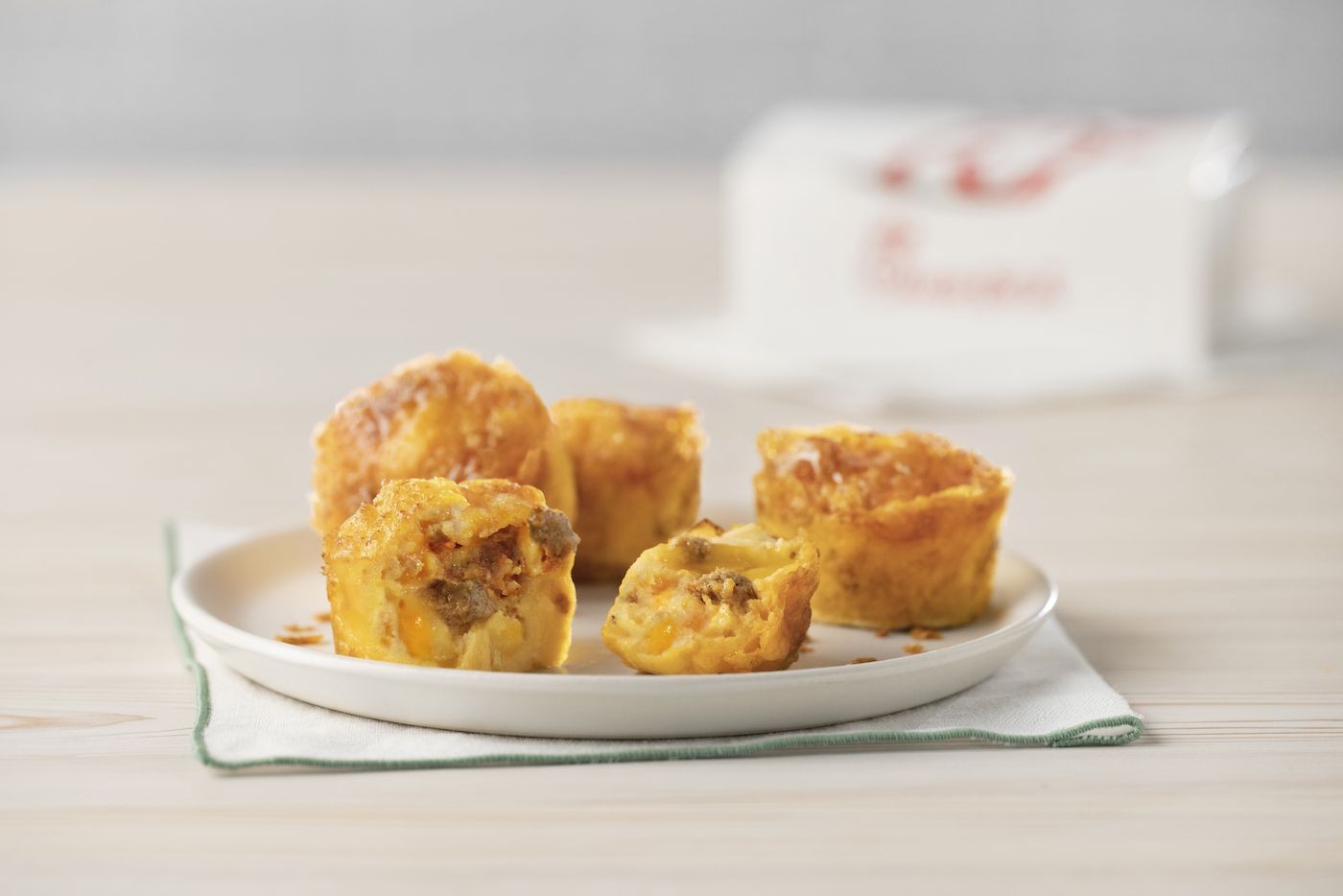 Chorizo Cheddar Egg Bites are the first new breakfast entrée Chick-fil-A has created since the Hash Brown Scramble Bowl joined menus nationwide in 2017. Baked in-house every morning, the Chorizo Cheddar Egg Bites are made with whole eggs, Mexican-style chorizo sausage, and a blend of cheddar and Monterey Jack cheeses. Each order includes four egg bites, making them ideal for a meal on the go.

The new breakfast offering is only available in select markets. Since last August, Chick-fil-A has been testing the item at participating restaurants in Augusta, Georgia.; Aiken, South Carolina.; Columbus, Ohio; Norfolk and Portsmouth, Virginia; Miami, and New Orleans.

“As summer ends and the back-to-school morning routine begins, we wanted to offer our customers a new protein-packed entrée that keeps them satisfied when they’re on the go without sacrificing taste,” said Neslage in a news release last month, introducing the breakfast offering. “Our guests are asking for more bite-sized, shareable breakfast options, and we look forward to hearing what they think about our limited-time Chorizo Cheddar Egg Bites test.” 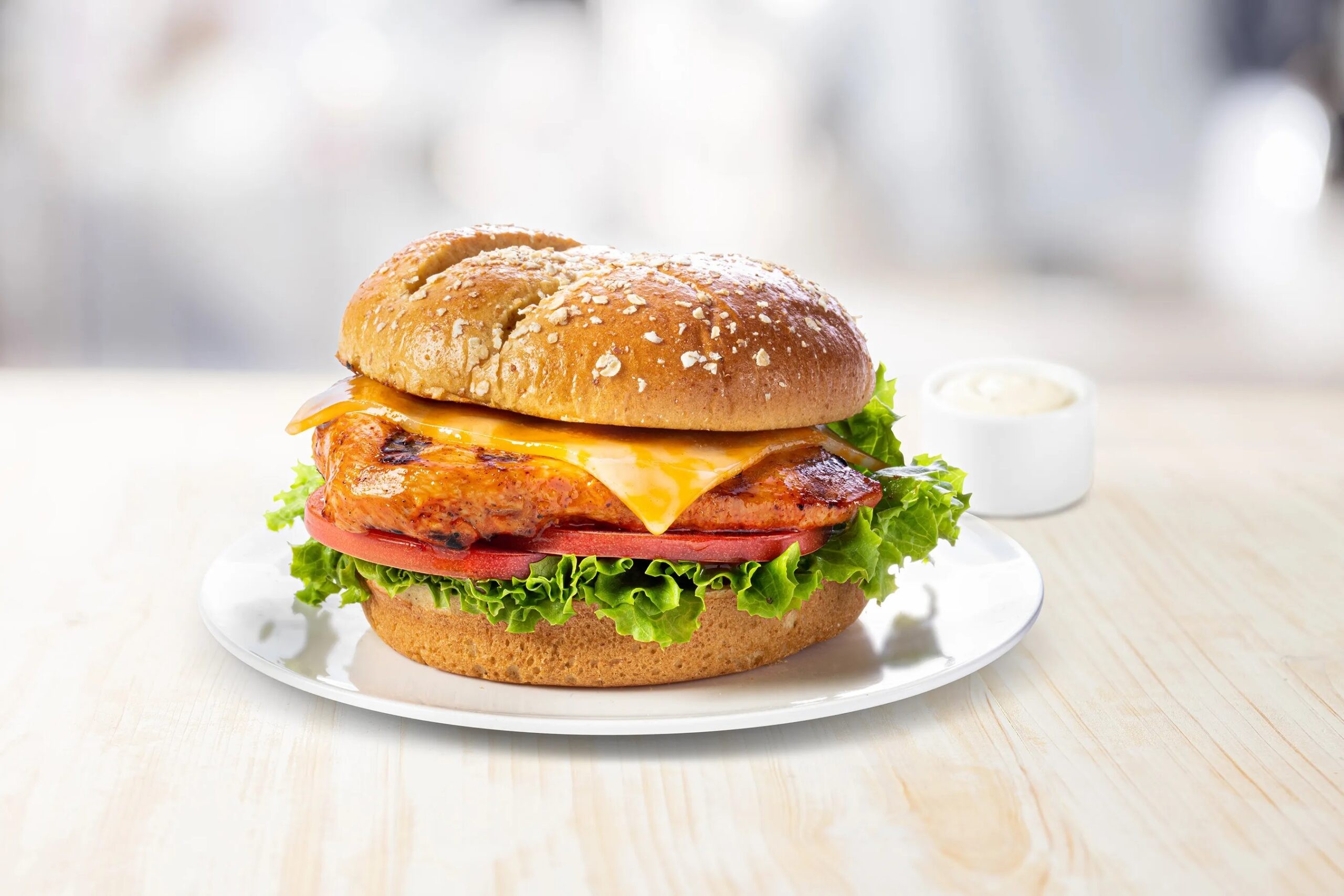 The fan-favorite Grilled Spicy Deluxe Sandwich has returned to Chick-fil-A’s menu earlier this week and will be available until November 12th, or while supplies last. A lighter, grilled version of the chain’s Spicy Chicken Sandwich, the seasonal sandwich features grilled chicken marinated in a spicy seasoning served on a toasted Multigrain Brioche Bun with Colby-Jack cheese, lettuce and tomato.

“We’ve heard loud and clear from our guests that they want the Grilled Spicy Deluxe Sandwich back on the menu,” said Neslage. “It’s my favorite seasonal sandwich, and for those trying it for the first time, I suggest pairing it with our cool and creamy Cilantro Lime Sauce to balance the sandwich’s heat. You won’t be disappointed by the flavor combination.” 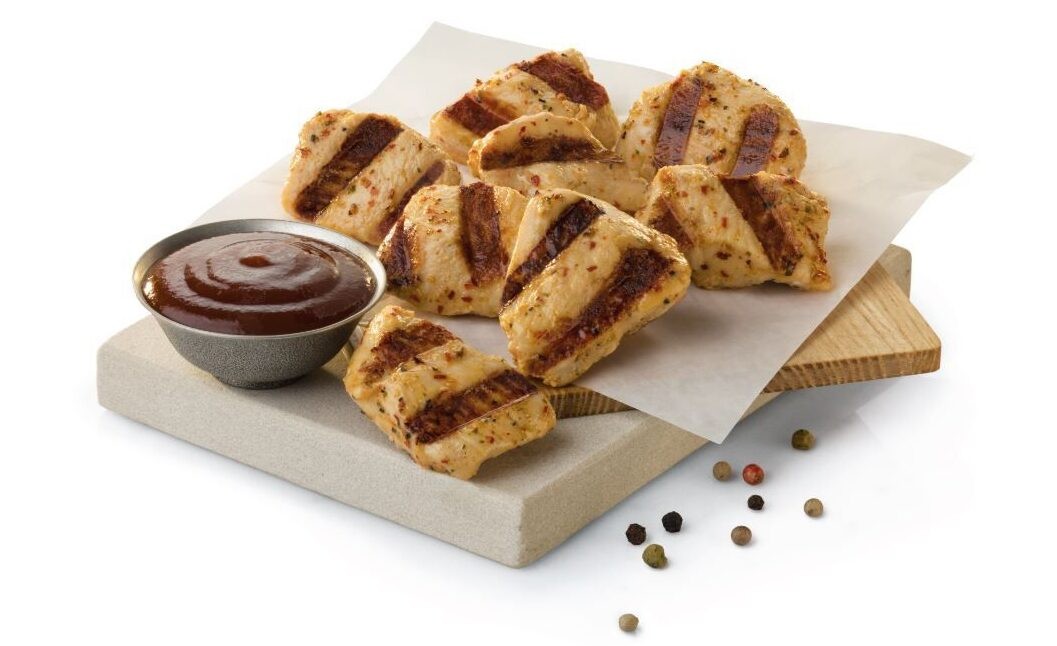 Grilled Chicken Nuggets have been part of Chick-fil-A’s menu since 2012. But due to a recent supplier mishap that caused contamination of the popular item with an undeclared dairy allergen, the chain has upgraded the way it prepares its grilled chicken nuggets to ensure the allergen is left out.

“We are actively working with the supplier so this doesn’t happen again and to ensure the allergen is removed,” Chick-fil-A said in a notice, after finding out about the contamination in August. “We understand and take seriously the trust our Guests place in us to make sure their food is how they expect it, and we apologize for this situation. Our priority is that our impacted Guests can enjoy these products again soon.”

Looking for healthier menu items at Chick-fil-A? The chain is actually serving different kinds of salads. Check them all out here!

Source: Eat This, Not That