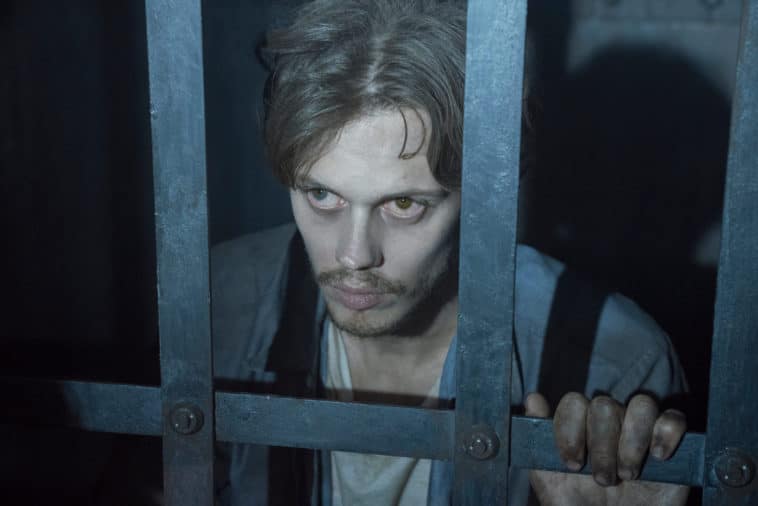 Stephen King has been one of the most prolific and heavily adapted authors on the planet for decades now, and business is still booming. There are currently twelve movies and seven TV shows in development based on his novels and short stories, and that’s not including the latest version of The Stand that’s set to debut in December. Most are pretty straightforward re-tellings of the writer’s work, but Hulu’s Castle Rock took a more unique approach to King’s expansive mythologies.

The titular town is a regular feature of King’s self-created universe, and has been one of the main locations in his fictionalized version of Maine ever since it first appeared in 1979’s The Dead Zone. In the author’s shared universe, Castle Rock has been referenced in everything from It and Gerald’s Game to Dreamcatcher and Under the Dome, all of which have coincidentally been made into live-action movies or TV shows.

There’s plenty of connective tissue to be found throughout the extensive back catalogue of source material, and the idea of creating a TV series set in a Stephen King universe instantly gave Castle Rock a unique hook and interesting premise when it was first announced in February 2017.

Some big name talent was involved from the very start including King himself boarding the project as one of the executive producers alongside J.J. Abrams and his Bad Robot production company. An initial ten episodes were ordered, and hopes were high for the show when it premiered in July 2018.

The first season follows Andre Holland’s Henry Deaver, an attorney who returns to his hometown after a long time away after an inmate at the local Shawshank Penitentiary personally requests Henry to be his lawyer. The air of mystery and heavy psychological element was enough to entice non-fans, while King aficionados kept their eyes peeled for the multitude of references to his writing.

READ  Has Charmed been canceled or renewed for Season 3?

Bill Skarsgard’s casting alone was a meta twist as It’s Pennywise played the role of a Shawshank prisoner, Jane Levy was cast as the niece of Jack Nicholson’s Jack Torrance from The Shining and Carrie star Sissy Spacek returned to the Stephen King sandbox almost 40 years later as Ruth Deaver.

Reviews were generally kind for the first season, with the slow-burning plot and twisting narrative coming in for praise, but after Castle Rock was renewed for a second run of episodes the focus shifted to more of an anthology approach.

Lizzy Caplan stepped into the daunting shoes of Annie Wilkes, the role that won Kathy Bates an Oscar for Best Actress, as Castle Rock evolved into a prequel to Misery. The actress managed to put her own impressive stamp on the character, as the world surrounding the town opened itself up to offer more scope to the storytelling without sacrificing any of the atmosphere.

Despite being one of the better Stephen King adaptation to hit the small screen in recent years, it was announced that Castle Rock had been canceled by Hulu, presumably due to the viewership numbers and general awareness of the show not being reflective of what was clearly a pretty hefty budget. Fans will be disappointed, but the King renaissance continues at pace and The Stand arrives in just a few weeks in an attempt to instantly fill a gap in the market.