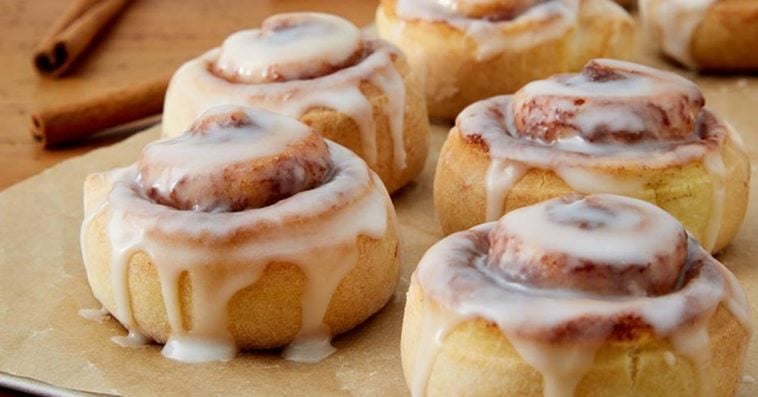 The food gods have an early Christmas gift for ‘90s kids.

Burger King is again offering its ooey-gooey, bite-sized cinnamon rolls called Cini Minis for a limited line. The sweet treat, which was introduced to the fast food chain’s breakfast menu in 1998 and later discontinued in the 2000s, made its official comeback on November 29th and is expected to be available until the end of the year.

Burger King first teamed up with Pillsbury to create the Cini Minis on April 27th, 1998. According to a press release at the time, Cini Minis are the heart of the cinnamon rolls. Baked fresh daily on the restaurant premises, Cini Minis taste like home-made cinnamon and are served hot with icing on the side so customers can have it “their way.”

A four-piece serving of Cini Minis cost $0.99 back then. Now, a pack of four is available for $1.49. But people can actually get four Cini Minis for free if they make a Burger King order of at least $10 via Grubhub until the end of the year.

Though it had been over a decade since the first time Burger King stopped serving Cini Minis, the hype about the sweet roll didn’t actually die down. In fact, three years ago, a man named Brett Pickett started a petition on Change.org to bring back Cini Minis to Burger King’s menu.

“Cini-Minis were a large part of my childhood and Burger King chicken-stripped them away from me like the jesters they are,” wrote Pickett in his petition. Though Pickett acknowledged the return of Cini-Minis a few days ago, his petition is still live and continues to earn more signs.