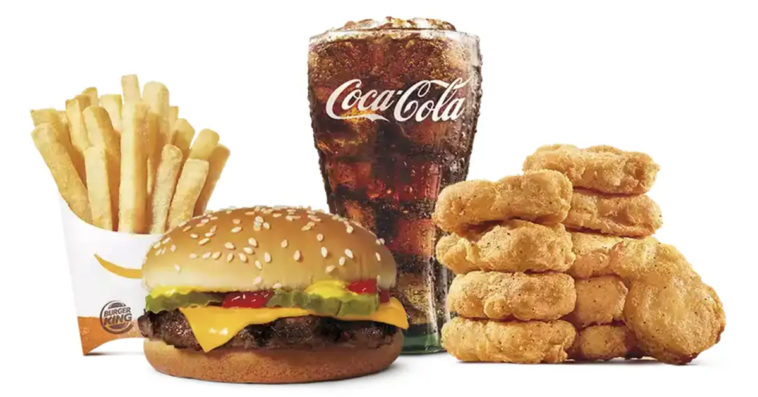 Burger King has left fast-food lovers shocked and confused at the same time with the insane amount of food it is selling for just $2.

The fast-food giant is currently offering a $2 Snack Box Deal, which includes 10 chicken nuggets, medium fries, a cheeseburger, and a small soft drink. At most locations, this full meal only costs $2, but in areas where prices are typically slightly higher, such as New York City, the snack box is priced at $3.

Either way, that’s still surprisingly cheap for two entrees, some fries, and a drink, and that’s the reason why the deal has gone viral on social media. A lot of people on Twitter think that the deal is too good to be true, with some tweeting that the offer simply makes no sense.

It’s no way Burger King is a real place pic.twitter.com/kvxtw2C8NO

This meal makes no sense! Burger King is suspect as hell. That being said… judge me all you want, but I’m getting two of these very soon and eating like a King. pic.twitter.com/ENTNv3vRfu

Others, meanwhile, wonder how the food would actually taste, as Burger King is willing to sell so much for so little money.

me after taking a bite of the burger from burger king $2 snack box pic.twitter.com/AGm2iG75qx

Ladies and Gentlemen, may I present to you the Burger King $2 Snack Box pic.twitter.com/ldZdrjIxcV

But in a statement to USA Today, Burger King said that the “$2 Snack Box is a coupon offer on the BK app for users who have not been active in the last 90 days.” Customers can claim the offer by logging into the Burger King app and looking under the “offers” tab. Aside from the $2 Snack Box, other ongoing Burger King in-app deals include a $2 Whopper for Whopper Wednesdays and a free Whopper for new users.

According to Business Insider, Burger King’s $2 Snack Box Deal is part of a growing trend in the fast-food industry, in which free or extremely discounted food are being offered to encourage customers to download chains’ apps. Since many dining rooms remain closed due to the COVID-19 pandemic, fast-food chains are looking for ways to build their digital sales, and offering in-app deals in one of those.