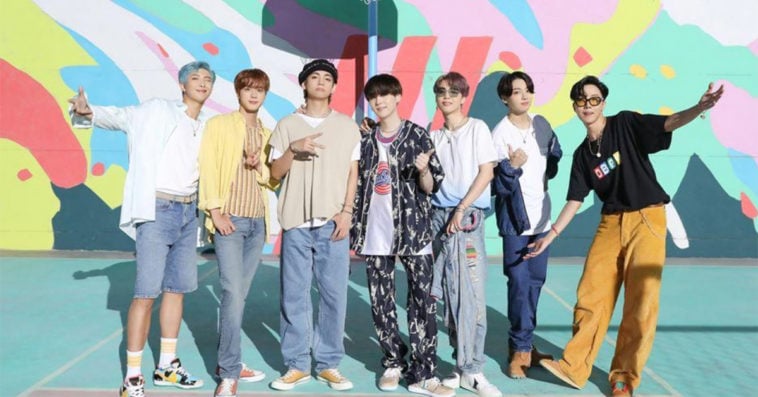 BTS is appearing on The Tonight Show with Jimmy Fallon for five straight nights.

Who’s ready for #BTSWEEK with @BTS_twt?!

Aside from performing their greatest hits, the South Korean boy band will also join Fallon throughout the week for comedy bits and a virtual interview. The septet will serve as the show’s main guest on September 30th.

“We have some exciting news. Starting next week, we have the biggest band in the world on the show – BTS,” Fallon announced in a video released on Tuesday. “They’re going to perform a new song every night, we’re going to be talking to them, we’ve got some fun games planned, lots more. And we’re kicking it all up Monday night, with a special musical performance with BTS, me, and The Roots. It’s going to be big. It’s going to be explosive. It’s going to be like TNT… So tune in every single night next week. It’s BTS week on The Tonight Show. It’s going to be fun.”

In a separate statement, Fallon shared why they love having BTS on the show. “These guys are incredible, and you just know they’re going to go above and beyond to make their performance unforgettable,” he said. “Last time we had them on we took over Grand Central Terminal, so we had our work cut out for us to top that. And what’s better than one night with BTS … a full week!”

BTS Week on The Tonight Show with Jimmy Fallon will follow the group’s February 25th appearance on the show, in which they performed their hit song ON at New York’s Grand Central Terminal.

BTS has made appearances in a lot of U.S. TV shows since they released their mega-hit track Dynamite in August. The music video for the song broke YouTube records by scoring the most views in 24 hours in the platform’s history. The boy band also made history with the song by becoming the first-ever K-pop artist to top the Billboard Hot 100 for two weeks in a row.