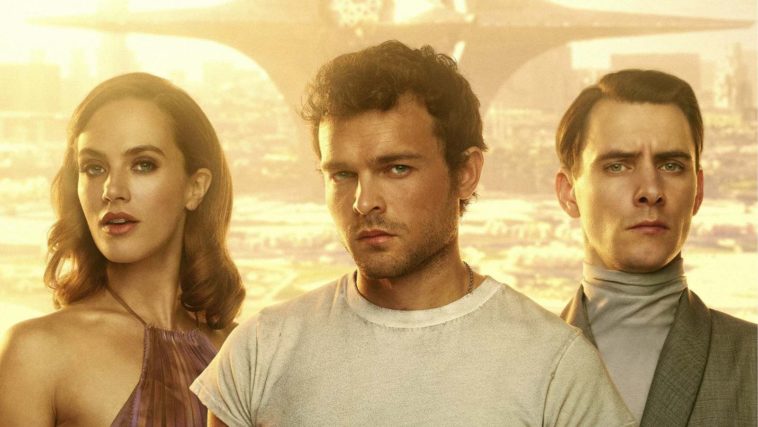 As the latest entrant in the increasingly competitive streaming wars, Peacock needs a strong lineup of original content to give them even the slightest chance of drawing in anything approaching the user numbers of Netflix, Amazon, Disney Plus or even HBO Max. Having only launched in July the roster of in-house programming is unsurprisingly thin, but the platform was hoping that a pricey adaptation of Aldous Huxley’s seminal sci-fi story Brave New World could be their first major success story.

The 1932 novel is regarded as a landmark for the genre, and takes place in a dystopian future society known as the World State that’s based entirely on scientific breakthroughs and cultural efficiency. Emotions and any sense of individuality are drummed out of the population from a young age, and nobody forges any personal connections because everyone is conditioned to respect their place in the hierarchy and not challenge authority.

There’s some big ideas and mediations on free will to be found in the source material, which made it the ideal candidate for a glossy prestige drama in the era of Peak TV. The project was first announced back in 2015 with Syfy spearheading development, but after failing to make any headway the concept was picked up by USA Network.

Alden Ehrenreich joined the cast as John the Savage in what marked his first acting role since headlining Solo: A Star Wars Story, while the ensemble was filled out by Downton Abbey’s Jessica Brown Findlay, Game of Thrones alum Harry Lloyd, Under the Dome’s Kylie Bunbury, The Vampire Diaries’ Joseph Morgan, Ant-Man and the Wasp’s Hannah Jhn-Kamen and Demi Moore, in what marked just the second time the actress had ever signed on as a recurring star on the small screen after a seven-episode stint on Empire.

Even though Brave New World is very much a work of science fiction, modern elements were incorporated into the story that reflected technological advancements made during the digital age, which is par for the course when adapting a story that was first written almost 90 years ago.

To coincide with the launch of their brand new streaming service, it was announced in September last year that Brave New World had been pulled from USA Network and would debut exclusively on Peacock in order to give the nascent platform a high profile show for new and potential subscribers to check out from day one.

Unfortunately, reviews were far from glowing, and Brave New World was almost instantly dismissed as a visually impressive but ultimately hollow sci-fi that brings nothing new to a genre that already had plenty of much better shows to choose from. Despite Peacock positioning it as one of their potential marquee properties, the reaction was so tepid that the series was canceled after just one season and nine episodes last month, in what marked an embarrassing debut for one of the streaming service’s premier launch titles.