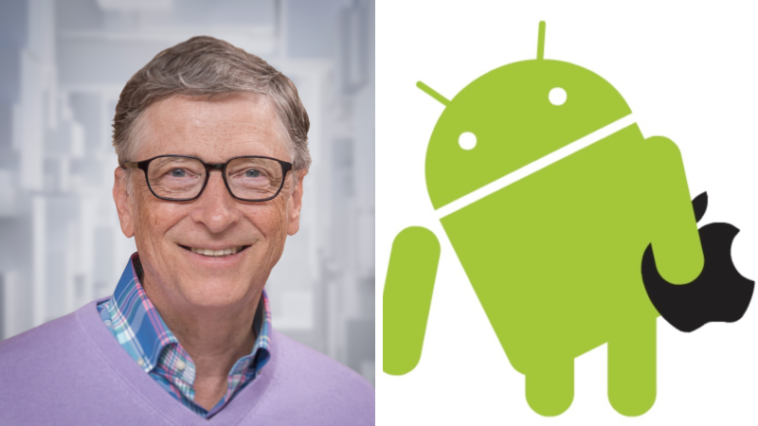 Since retiring, Bill Gates has had a lot of time to reflect on his work at Microsoft. Now he’s openly said there were a few crucial mistakes made as the company was growing. Chief among these was when the firm missed out on its opportunity to purchase Android, which eventually went to Google. Google purchased Android in 2005, with its technology then going on to become an industry standard on mobile devices.

Speaking to venture capital firm Village Global, Gates claimed that the missed opportunity was his “greatest mistake ever,” noting that it was a “winner-take-all” situation. In the interview, he said that there is room for “exactly one non-Apple operating system,” which is what Microsoft missed out on.

When Google purchased the Android OS in 2005, Microsoft had already released its Windows Mobile. In the years that followed, however, Google was able to take the majority of the market, with the Windows Mobile phasing out in 2008.

But this isn’t the only flub that Microsoft made when it comes to the mobile market, although not all of these mistakes were driven by Bill Gates. For instance, former CEO Steve Ballmer, believed that iPhones wouldn’t be a contender in the market, claiming that “it doesn’t appeal to business customers,” in large part due to the fact that it didn’t come with a keyboard.

Amidst lagging Windows Mobile sales, Microsoft held an emergency meeting in December of 2008, with Windows chief Terry Myerson and Microsoft’s Joe Belfiore, among others, being in attendance. There, it was decided to reboot the company’s mobile efforts, with Windows Phone, which also didn’t receive much fanfare in the years following its release.

Since then, Microsoft has primarily dedicated itself to their laptop, tablets and cloud-based software, where it’s seen the majority of its success, although there are reports that the company is developing a “personal agent” device, with Bill Gates purportedly having a hand in its creation.