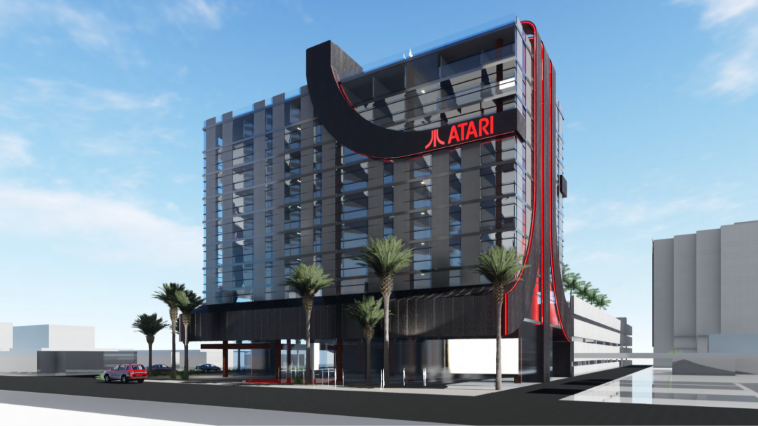 Atari-branded hotels with special e-sports venues and studios are coming to the U.S. Atari, whose more popularly known for their retro video games, has recently licensed its name and branding to U.S. real estate developer, True North Studio and GSD group.

Eight hotels have been contracted and will be built across several states in the U.S., with Phoenix, Arizona being the first to start construction sometime this year. It will be located close to Steve Wozniak’s Woz U university campus. Other locations include Austin, Chicago, Denver, San Francisco, San Jose, Seattle and, of course, Las Vegas. These will follow later on.

The hotels are dubbed as a “video game-themed destination” and will include an “Atari gaming playground” at every site. Apart from the expected gaming PCs that the playground will have, it will also house VR and AR games. It will also offer standard hotel amenities such as meeting rooms, co-working spaces, restaurants, bars, a bakery, gym, and even a movie theater. This is to further appeal to non-gamers and tag the hotels as a family and business destination as well.

“When creating this brand-new hotel concept, we knew that Atari would be the perfect way to give guests the ‘nostalgic and retro meets modern’ look and feel we were going for. Let’s face it, how cool will it be to stay inside an Atari?!”

Since this is a licensing deal, it would be expected that Atari would have not much say, or any at all, in the hotels’ designs. The deal will give the company 5% of the hotel’s revenue as well as an advance signing bonus of $600,000.

READ  Fortnite is finally coming to the Nintendo Switch

Atari has yet to find its footing in the modern-day gaming scene. The company’s console, the Atari VCS, has constantly been getting delayed and, subsequently, losing the trust and interest of its backers. With these hotels, Atari can count on its brand-name recognition and legacy to draw in visitors of both old and new.