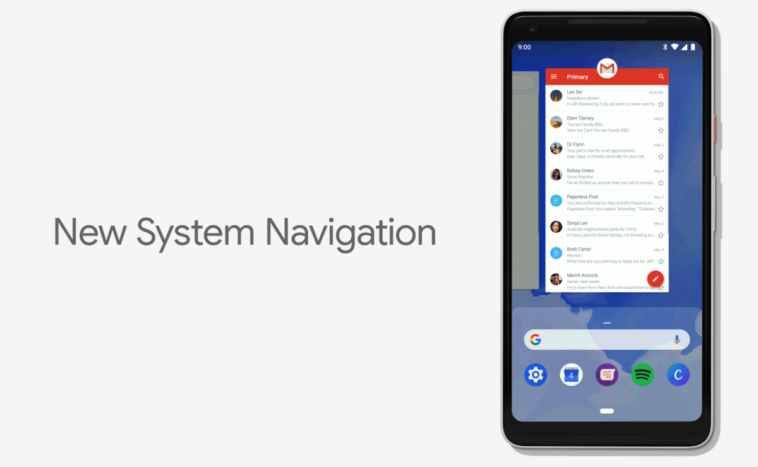 There is a well-known unwritten rule that is in place to prevent people arguing while at social events. Of course, this rule is never obeyed, but it goes something like this – “There will be absolutely no conversations about politics or religion because those subjects are just too controversial.”

The folks who compile those unwritten rules (The Ministry of The Tacit) are considering adding a third controversial subject to that list – the Android versus iPhone debate.

If you want to see your friends get passionate about something, forget Democrats versus Republicans, the Middle East or the existence of a higher power. Android versus the iOS is what really riles up people these days.

Those on the iOS side threw some shade at Android today, as Google revealed some of the details of its upcoming version of its mobile operating system – the Android P.

At its Google I/O developer conference yesterday, Google showed off some of the Android P’s features and one of those features looked particularly familiar to all iPhoneaphiles.

Android P will have new navigation gestures to switch between apps and it works just like the iPhone X.

If you listen really closely, you can hear a bunch of Apple fans smugly saying “if you can’t beat them, then join them.”

Android P has replaced the traditional home, back and multitasking buttons for a single pill-shaped button, which is placed in the middle of the screen.

Swiping up from this button will give you a different view, where your most recently used apps will also be. Swiping up again will show suggested apps, while at any given time you can click the pill-shaped button and it will return you to your home screen.

The left and right gestures are the things that are most like the iPhone version. Swipe right, or left on the button and you can switch to the next app – which is the exact same functionality that the iPhone X offers. You can run through each app and once you release your finger, the selected app is launched.

The iPhone X was released in September 2017, while Android has likely been working on this functionality for much longer than that. Still, many commentators have expressed cynicism towards this feature.

For example, Romain Dillet wrote on TechCrunch that “it’s hard to believe that the company didn’t copy Apple”.

Android P beta is available for just a few folks starting today, and early OnePlus 6 adopters will be able to try it out as soon as next week. End users will get the new version in the coming months.