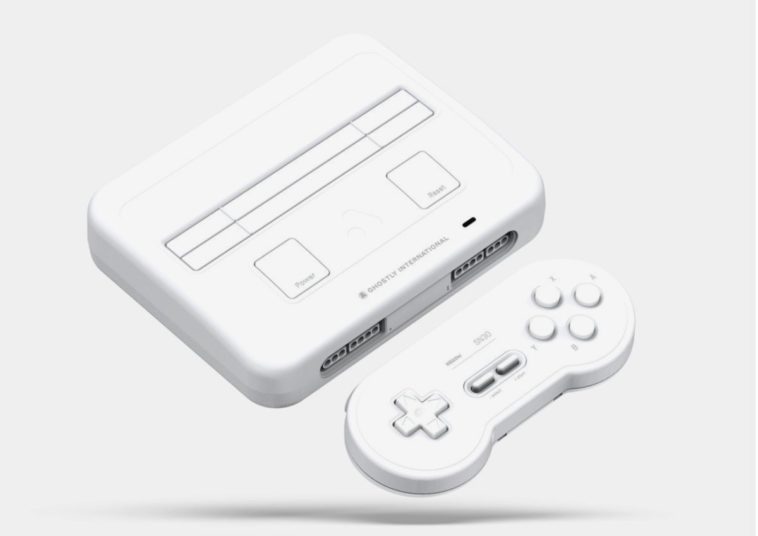 Analogue – a Seattle-based shop known for its high-tech SNES – has teamed up with music label Ghostly International for a limited edition console.

Revealed yesterday, Analogue’s partnership with Ghostly arrives in the form of a limited Super Nt.

Featuring much of same functionality and capabilities, the difference is primarily the clean, all-white finish to both the console and controller. And taking advantage of its musical roster, Ghostly commissioned Gold Panda, Mary Lattimore, Shigeto, Tadd Mullinix, Ouri, and Telefon Tel Aviv to create custom startup sounds.

Analogue first made waves in February when the first Super Nt lineup was released. Originally available in just black, classic, “SF”, and transparent, this console is not just another emulator, boasts the company.

Unlike other approaches, Analogue uses an FPGA to exactly replicate the circuitry as found inside the original system. With this level of accuracy, the device is capable of playing all 2200+ SNES cartridges. What’s more the company promises “no compromises,” delivering 1080p resolution with accurate frames and zero lag.

According to Ghostly’s site, the $249 limited edition device is now sold out.