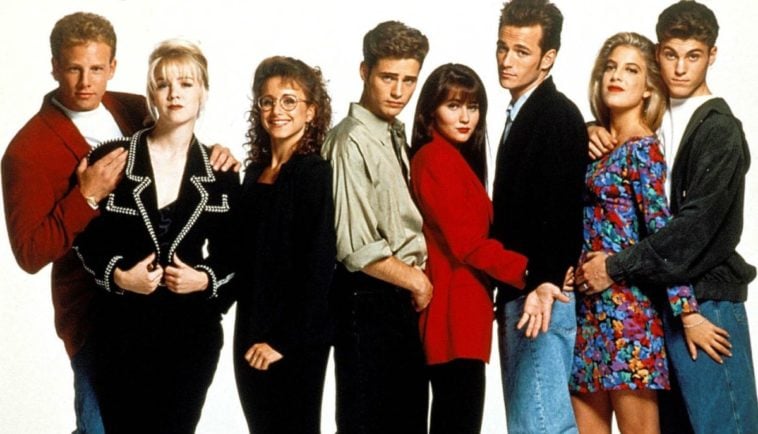 A Beverly Hills, 90210 reboot may soon show up on a screen near you – that’s according to Deadline. They say CBS is shopping a ‘non-traditional’ reboot to both broadcast and streaming networks where “multiple buyers [are] interested.”

Behind the scenes will be lead by the EP/writing duo of Chris Alberghini and Mike Chessler, both of whom worked on the 2000-era CW reboot.

Earlier in 2018 Tori Spelling hinted a possible reboot via Instagram with the hashtag #donnaandkellyforever.

It’s unknown if CBS will ink a deal, but perhaps the show could air through the company’s All Access on-demand service.