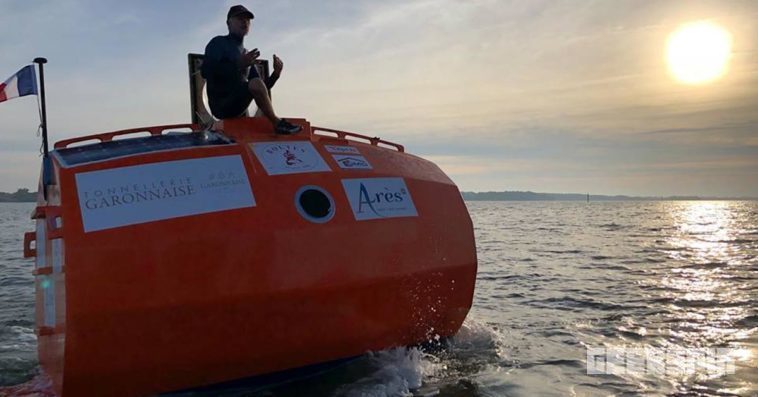 Savin boarded a custom-made, barrel-shaped capsule and set out on December 26th from El Hierro — the smallest of the Canary Islands — with the intention of drifting with the winds and currents to the Caribbean. Without any human intervention, the epoxy plywood barrel is expected to arrive at its destination in two to three months’ time. 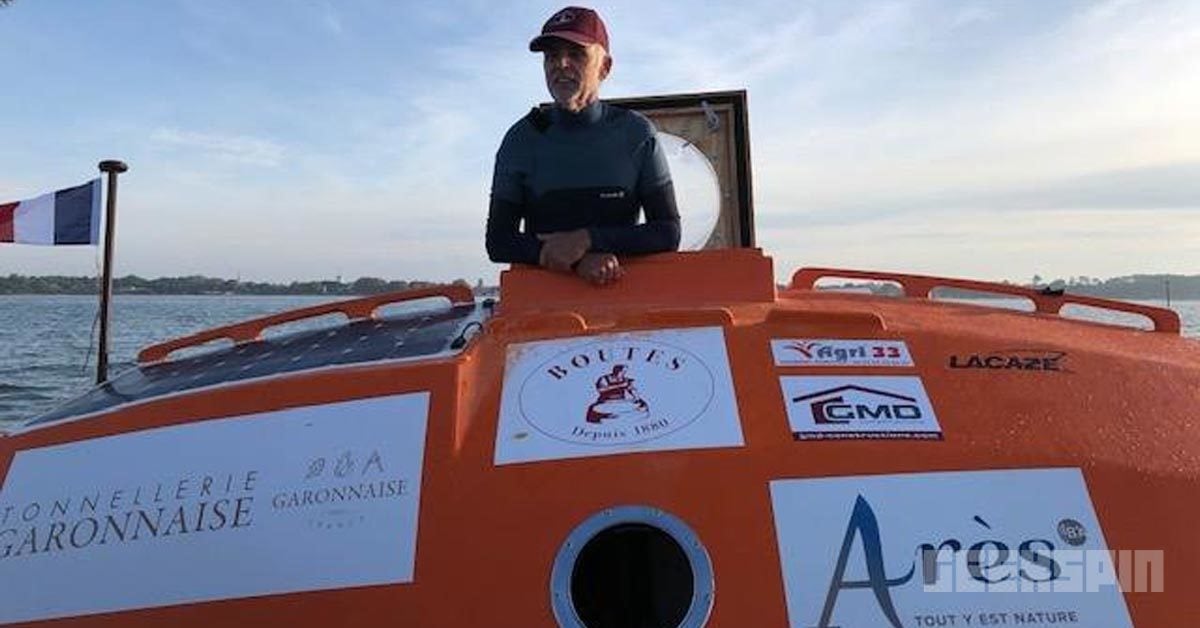 Measuring 3 meters long and 2.10 meters wide, the barrel is made of polyester to withstand possible shocks and breaks. It has four portholes: one on each side, one under the hull, and another one as a hatch opening surmounted by a bubble placed on the top.

The barrel, which took months to craft, is equipped with a number of navigation and communication devices like Irridium GO, a waterproof tablet with GPS, portable VHF, satellite GPS messenger, barometer, and compass. The barrel also houses some emergency survival items like a personal beacon, life jacket, 4-person raft, fire extinguisher, and a box of rockets. It also comes with drones, gel batteries, and solar panels. 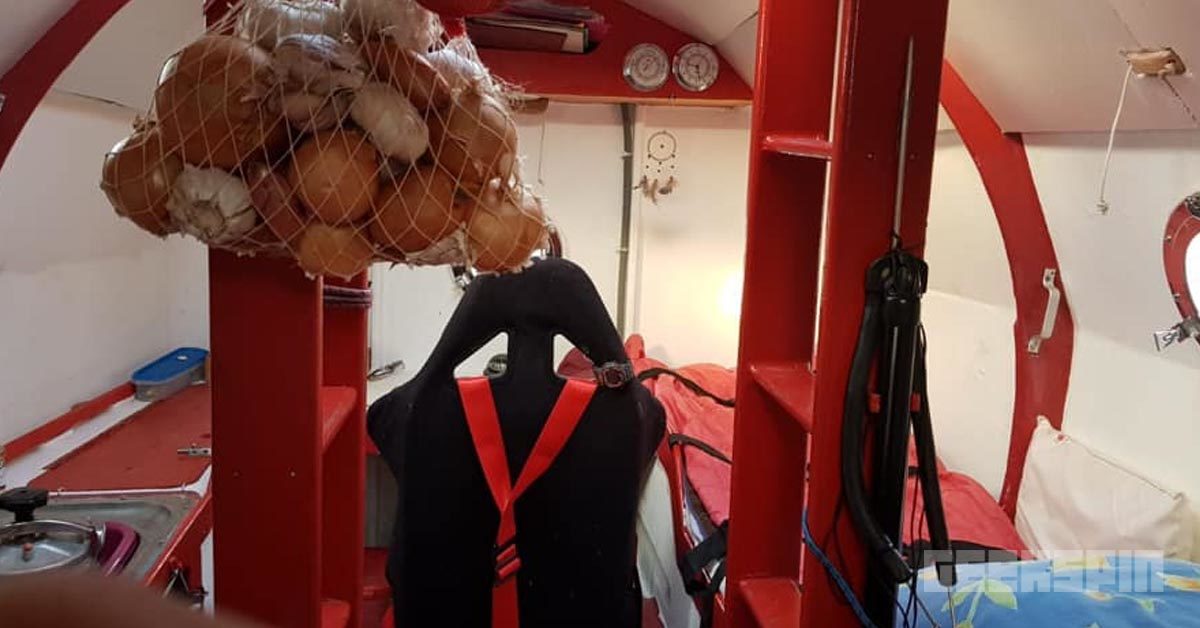 In addition to freeze-dried food, triathlete Savin — who is formerly a military paratrooper and a private pilot — reportedly brought along a bottle of Sauternes white wine and foie gras to celebrate New Year’s Eve and a bottle of Saint-Émilion red wine for his 72nd birthday in January.

Savin’s latest attempt to cross the Atlantic Ocean isn’t just a personal challenge as he will also be the subject of different kinds of scientific research about loneliness, restricted cockpit behavior, and the likes, which will be conducted by doctors Franck Laporte and François Larminaux from Wallerstein Medical Center in Arès, France.

As of writing, Savin’s current location is unclear. But on December 27th, Savin shared his GPS coordinates on Facebook. See below: