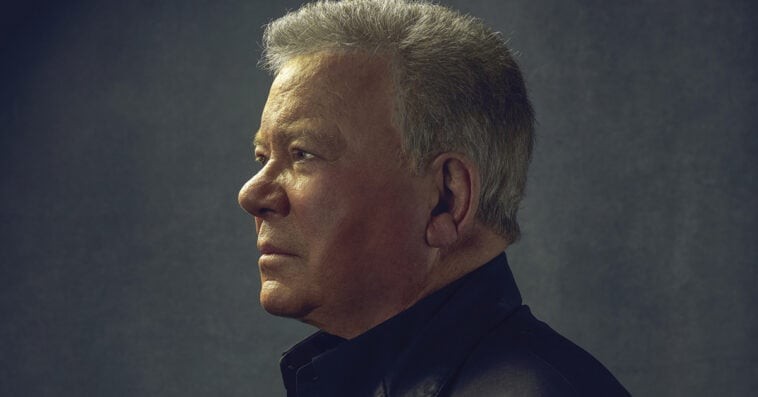 William Shatner opened up about his space travel experience in his new book, Boldy Go.

The 91-year-old actor, best known for his role as James T. Kirk in Star Trek: The Original Series, joined a suborbital space tourism flight last year. And in one of the essays in his biography, Shatner wrote that he saw death during his trip to space.

Like astronauts who had their time in space, Shatner described space travel as a humbling experience, which reminded him of the fragility of Earth and humanity’s need to protect it.

“All I saw was death,” Shatner wrote, recalling the memorable observation he had in space when he turned his gaze from Earth to the black expanse of the cosmos. “I saw a cold, dark, black emptiness. It was unlike any blackness you can see or feel on Earth. It was deep, enveloping, all-encompassing. I turned back toward the light of home. I could see the curvature of Earth, the beige of the desert, the white of the clouds, and the blue of the sky. It was life. Nurturing, sustaining, life. Mother Earth. Gaia. And I was leaving her.”

Before stepping into the Blue Origin spacecraft that took him way beyond the Earth’s atmosphere, Shatner had expected to be amazed at the vision of space, but he instead became overwhelmed by the sad truth that humans are slowly destroying the planet. During that very moment, Shatner felt one of the strongest feelings of grief he has ever encountered.

Last June, months before Boldly Go was published by Simon & Schuster earlier this October, Shatner spoke to CNN and shared why he was emotional when he stepped out of the Blue Origin spacecraft after landing.

“When I got up to space, I wanted to get to the window to see what it was that was out there. I looked at the blackness of space. There were no dazzling lights. It was just palpable blackness. I believed I saw death,” he told the news outlet at the time. “And then I looked back at the Earth. Given my background and having read a lot of things about the evolution of Earth over 5 billion years and how all the beauty of nature has evolved, I thought about how we’re killing everything.”

Shatner continued, “I felt this overwhelming sadness for the Earth. I didn’t realize it until I got down. When I stepped out of the spacecraft, I started crying. I didn’t know why. It took me hours to understand why I was weeping. I realized I was in grief for the Earth.”

Will William Shatner return to space?

When asked by CNN if he’s anxious to go back to space, William Shatner open-endedly answered, “If you had a great love affair, could you go back? Or would that demean it?”

Where to buy William Shatner’s book

William Shatner’s Boldly Go: Reflections on a Life of Awe and Wonder is now available on Amazon as a hardcover book, digital book, audiobook, and audio CD. Co-written by TV and film writer Joshua Brandon, the book is an inspiring, revelatory, and exhilarating collection of essays that present the actor’s views on the interconnectivity of all things, humanity’s fragile bond with nature, and the joy that comes from exploration. In this biography, William Shatner reflects on what he has learned along the way to his ninth decade and how important it is to apply the joy of exploration to our own lives.

In addition to promoting his new book, William Shatner has also been making songs with his collaborators. In fact, he released his autobiographical album Bill in September 2021 and performed with musician Ben Folds at the Kennedy Center last April.

On the TV front, Shatner’s History Channel documentary series The UnXplained wrapped its fourth season last June. The show, however, has yet to be renewed for a fifth season.