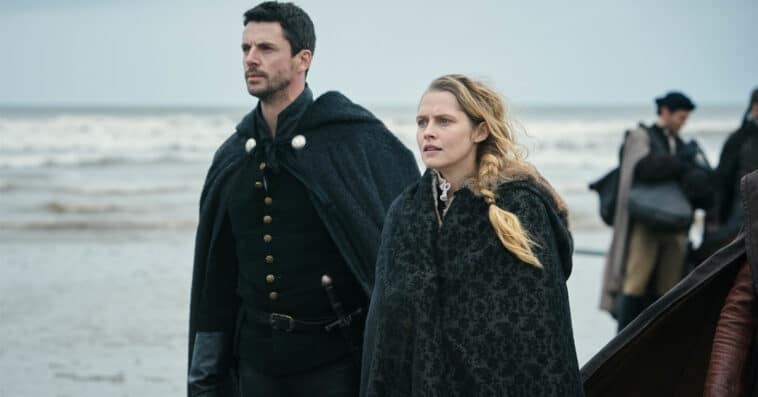 A Discovery of Witches season 3 wrapped up its seven-episode run last week, and if you’re wondering whether the fantasy series will be returning for a season 4, the quick answer is no.

Seasons 2 and 3 of A Discovery of Witches were announced at the same time back in November 2018. But at the end of 2020, it was revealed that season 3 would serve as the final season of the series.

“As far as the trilogy is concerned, the next [third] season is the last,” series star Matthew Goode confirmed to Digital Spy during a break in filming season 3 in 2020.

What happened in A Discovery of Witches finale?

Accompanied by her friends, Diana traveled to Chelm, Poland, where she found a delirious Matthew. This Matthew, however, was just an enchantment, and Diana soon realized that Satu (Malin Buska) was messing up with her.

In a one-on-one battle, Diana easily bound Satu and managed to take her powers away. After that, Diana used her magic to create a bow and arrow to slay Benjamin with. Diana and her friends then rescued Matthew and brought him to Ysabeau (Lindsay Duncan) at Sept Tours, where he eventually recovered.

Diana also found out from The Book of Life that the key to everything is daemon DNA. It was revealed that the decline in witches’ powers and vampire lifespans was caused by the recession of daemon DNA. So in order to prevent vampires, witches, and their type from going instinct, the Covenant must be abolished.

After Baldwin and Matthew suggested that Diana take the de Clairmont seat at the Congregation, Diana argued against the Covenant, telling everyone that they need to intermingle and accept that witches, vampires, daemons, and humans are related to one another. In the end, the Congregation voted in Diana’s favor to abolish the Covenant, and Agatha (Tanya Moodie) was elected the new leader.

The series ended with a shot of Diana and Matthew dancing in Sept Tours, with their friends and family happily gathered around them.

Will there be a spinoff of A Discovery of Witches?

No spinoff of A Discovery of Witches has been announced yet. But because Harkness wrote a fourth book titled, Time’s Convert, a spinoff series based on it may happen in the future. Time’s Convert tells the early lives of Matthew, as well as the vampire origin story his soon-to-be son, Marcus, and his relationship with his human girlfriend Phoebe.

Where can I watch A Discovery of Witches?

All three seasons of A Discovery of Witches are available to stream in the U.S. on Sundance Now, Shudder, and AMC+.