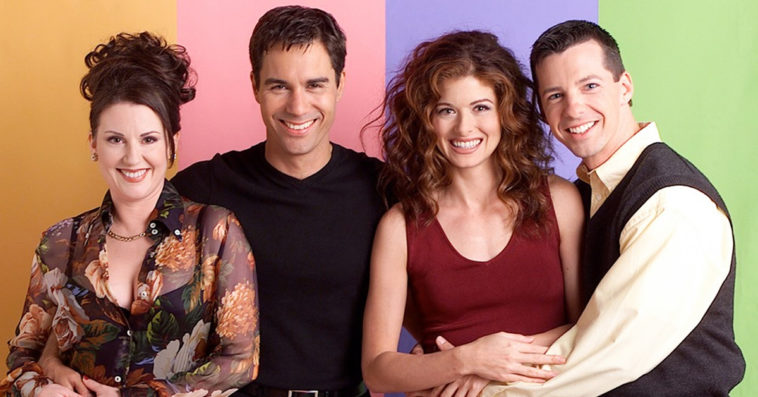 Will & Grace is saying goodbye for the second time.

Series creators Max Mutchnick and David Kohan and executive producer James Burrows announced on Thursday that the upcoming third season of the revived NBC sitcom will be its last. And based on the statement released by Mutchnick, Kohan, and Burrows, the decision to wrap the comedy’s revival run was a creative decision made between the creators and the cast.

“We think of the Will & Grace reboot episodes the way Karen Walker (Megan Mullally) thinks of martinis — 51 is not enough, 53 is too many. That is why, after consulting with the cast, we all have decided this will be the final season of Will & Grace,” Mutchnick, Kohan, and Burrows said. “In 2016, Bob Greenblatt came to us with the idea of doing a 10-episode reboot of Will & Grace. They say you can’t go home again, but we did. And now, three seasons and 52 episodes later, we’re even more proud of something we never thought we’d get a chance to do again. We have had a once-in-a-lifetime experience twice. And for that, we owe a double debt of gratitude to NBC, this show’s supportive and caring home since day one.”

Mutchnick also took to social media to thank the fans for all their support since Day 1.

As expected, lots of the show’s followers are saddened by the news, with some encouraging their fellow fans to start a petition to extend the sitcom’s revival.

NOT AGAIN! THIS IS SOOO SAD.

MY HEART JUST BROKE INTO A MILLION LITTLE PIECES. ?

I just let out the ugliest sob. ??

This is horrible, why come back and leave so soon, you’re all like family, it makes my heart laugh and I need it, we should petition for love!

Some fans, meanwhile, have quickly accepted the show’s fate and are just grateful for all the good things that the show has brought to their lives.

It’s my sincere opinion that we now have marriage equality thanks in small part to Will and Grace. For 8 seasons, Americans welcomed your characters into their living rooms. They laughed along, they learned, they grew to accept. They saw us as real.

I will love this show forever. Thank you all for the laughs and love ??? pic.twitter.com/iaeISVB3tt

I have adored this show from day 1! While I’ll miss this show, I agree that you know best as to when to phase out on a high. Thank you for creating such a brilliant show with amazing, relatable characters.

So disappointed but understand your decision… Thanks for giving us 3 more seasons of very much needed laughter! You’re all awesome & will be greatly missed, again. I think we all need a hug right now… ? #WillandGrace pic.twitter.com/G2MdFG34Vt

Starring Debra Messing, Eric McCormack, Sean Hayes and Megan Mullally in lead roles, Will & Grace joins The Good Place and Blindspot in the list of NBC shows wrapping their runs next season.

The third season of the Will & Grace revival, which will consist of 18 episodes, will premiere in 2020.