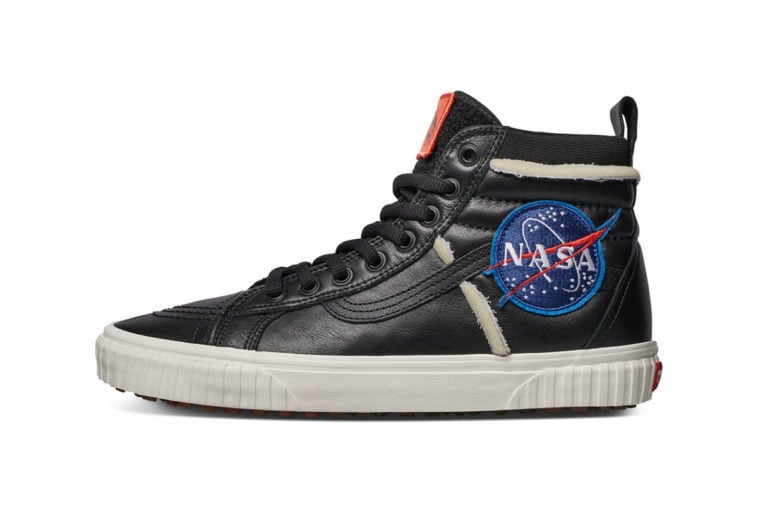 To honor NASA’s 60th anniversary, Vans has teamed up with the space agency on a limited line of space-inspired merch.

The upcoming collection will pay tribute to some of the agency’s crowning achievements, including the Voyager mission, Apollo 11, and of course the 1969 moon landing.

As per usual, Vans will use the silhouettes of the Sk8-Hi and Old Skool as the foundation of the collection. However, the lineup will also feature a number of jackets, hoodies, and bags, in addition.

Vans is set to release the collection on November 2nd.

And if you’re a fan of Disney, you’ll also appreciate the company’s Mikey Mouse collection.